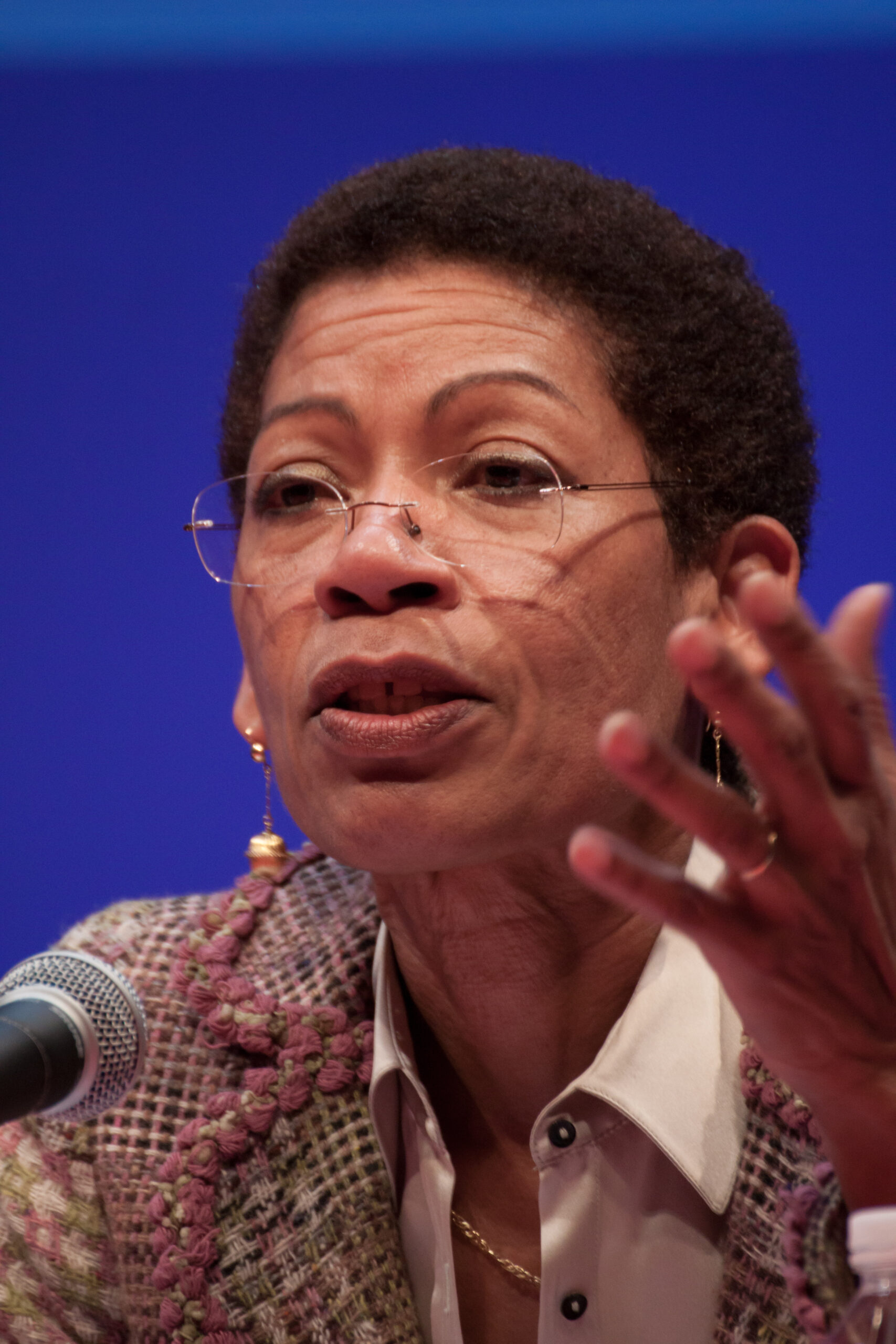 George Pau Langevin is a French lawyer, politician, and author who was born October 19, 1948, in Pointe à Pitre, Guadeloupe of parents who were teachers. At the age of 17 she journeyed to Paris where she studied and received degrees in literature at the Sorbonne and law at the Faculté de droit rue d’Assas. In 1974 Langevin married Phillippe Langevin, an engineer, and together they have three children. She worked as a lawyer at the Paris Court of Appeal from 1971 through 1988 and from 1994 to 1997.

In 1989 Langevin was elected a municipal counselor in the twentieth arrondissement [district] of Paris and in 1992 she was elected as regional counselor for Ile de France.  Langevin, who is a member of the French Socialist Party, served as a representative for the twentieth arrondissement as well as a deputy in the twenty-first parliamentary district in the National Assembly. When she was elected to the National Assembly in 2007 she became the first Caribbean-born deputy to represent a region in metropolitan France.  At her reelection to the National Assembly in 2012 she garnered 73% of the vote. In July 2012 Langevin was appointed Junior Minister for Educational Success at the French Ministry in the Ayrault government under President François Hollande.

Langevin has for many years been involved in civic, political, and professional organizations. Beginning in 1972 she participated in the Mouvement contre le racisme et pour l’amitié entre les peuples (MRAP) [Movement Against Racism and for Friendship between Peoples] and served as the organization’s president from 1984 to 1987. From 1989 until 1993 she was assistant director of the French l’Agence nationale de promotion et d’insertion des travailleurs d’outre-mer [National Agency for the Promotion and Assimilation of Overseas Workers] (ANT), and served as its director from 1997 until 2001. From 2001 until 2007 Langevin was a member of the cabinet of Bertrand Delanoë, the Mayor of Paris.

Langevin has fought against racism and for the recognition of the problems facing African descendants and other people of color.  She also has been an advocate for immigrants’ rights. She led a movement to change the name of Richepanse Street in the first arrondissement of Paris to Chevalier de St. George Street. Richepanse was a French general who in 1802 quelled a revolt of black slaves in Guadeloupe and reestablished slavery on the island. Chevalier de St. George was an Afro-French abolitionist and an advocate of human rights. Langevin is the author of a proposed law that outlaws discrimination linked to actual or presumed national origin. In recognition of her achievements and contributions Langevin received the French Legion of Honor medal in 2002.