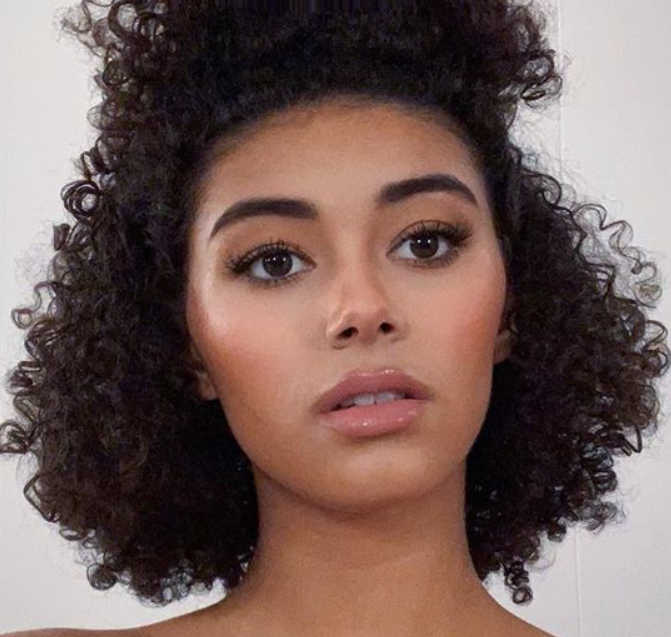 In the northernmost of Nordic countries and the one with the smallest minority race population, a person of African heritage was crowned 2019 Miss Universe Iceland. Brita Abiba Þórhallsdóttir (the Icelandic letter Þ is the equivalent of th in English) was born January 9, 1999, in Landspitali University Hospital in Reykjavik, the capital and largest city, the biracial daughter of a man identified simply as Congolese. She was reared by her Icelandic mother and stepfather in Mosfellsbær (population 12,000) in southeastern Iceland where she attended Lágafellsskóli (elementary school) then Menntaskólinn við Sund (high school) in Reykjavík.

Growing up Þórhallsdóttir’s favorite hobbies included reading and writing and as a teenager she wrote a full-length novel. Her skin tone and hair, however, which distinguished her from other inhabitants of Iceland, were problematic. She has written about and told interviewers that as a child she was assaulted (“kicked in the ribs”) called a hybrid and a monkey who should go back to Africa where she came from. Her feeling of isolation and self-hatred eventually subsided as she learned to define her own identity and love herself. Her career as a model and participation in beauty pageants, she believed, was a manifestation of self-acceptance and a vehicle to persuade other young people of color like her to see themselves in a more positive light.

News of Birta’s quest to be crowned Miss Universe Iceland met with some backlash. She received messages that declared the competition was strictly meant for Icelandic (Caucasian) women only and that she could never hope to win. But her detractors were far outnumbered by kind strangers who sent encouragements. On August 31, 2019, at the Stapi Hall Hljómahöll in Reykjanesbær she presented herself to a curious public, a collection of international judges, and bested 21 contestants to claim the title Miss Universe Iceland.

On December 8, 2019 in Atlanta, Georgia, young women from 90 countries competed in the 2019 Miss Universe Pageant and Þórhallsdóttir finished in the top 10. Perhaps more significant to her, she next beat out nearly 50 women among 423 women who had competed in Miss World, Miss Universe, and other major pageants to win Miss Grand Slam 2019, rated by the Internet site Global Beauties. Þórhallsdóttir who stands five feet nine inches, speaks English like a midwestern American, returned to Iceland and resumed volunteer service to the Red Cross.