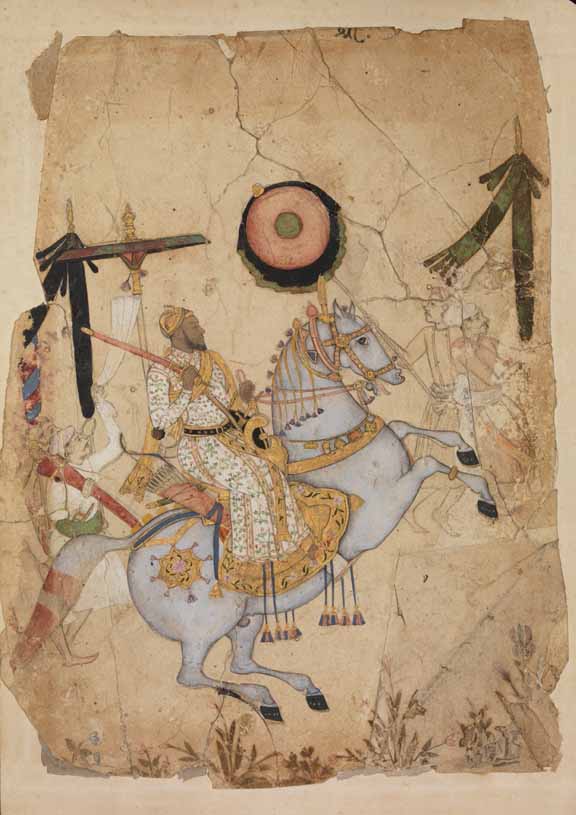 The East African presence in the royal courts of India can be traced back to the 13th century. By the 16th century several Abyssinians (or Habshis as they were known there), the descendants of Ethiopian slaves, had become military generals and government ministers in Delhi and Bengal. One of the most prominent was Malik Raihan Habshi, better remembered as Ikhlas Khan, a fiercely ambitious, cunning, but loyal official in the employ of the Bijapur sultans of the Deccan (the southern third of what is now India) who worked to control the entire region. The name/title Ikhlas Khan belonged to other persons of his era and this has confused some writers as to which person or persons of African descent were active in Bijapur during the reigns of three of its sultans.

The arrival of thousands of Habshi soldiers, nobles, and bureaucrats in both Gugurat and the Deccan was the result of their expulsion from Bengal following the assassination of another Afro-Indian, Sidi Badr who briefly ruled Bengal from 1490 to 1493. Referred to by indigenous Indians as the “Abyssinian party,” the Habshis soon became the force supporting the Muslim sultanate of Bijapur until 1686.

There is little information regarding the childhood of Ikhlas Khan. By the time he was an adult he had become a functionary of the ruling Sultan, Ibrahim Adil Shah II (1556-1627) who submitted petitions to the ruler and once carried out an assassination of a rival on his order. Khan was promoted to finance minister and commander of the army which extended Shah’s empire into Mysore. Khan was then assigned to serve as regent to the sultan’s son, Ahmad Shah. Khan would rule the empire on behalf of Ahmad until he was able to take the throne.

Khan next assumed the role of kingmaker. In 1595 he conspired to place the boy Ahmad on the throne, then tried unsuccessfully to depose and replace Ahmad with his own young puppet, Moti Shah. Somehow surviving and clinging to power after that failed attempt, Khan ruthlessly eliminated all opponents to his absolute rule in Bijapur. At the height of his authority, Khan served as prime minister of Bijapur under Muhammad Adil Shah (1601-1656) and was considered effectively the power behind the throne. During his administration, Bijapur extended its reach into the Hindu territory of southern Karnataka.

Eventually Khan’s Abyssinian coalition fell apart and his army, led by Muhammad Lari, was defeated in the Battle of Bhatwadi in 1624. Though defeated, he was given the title Ikhlas Khan in 1635 and made governor of a province bordering Golconda. The details of his final days remain unclear but 1656 is the most often cited year of his death.