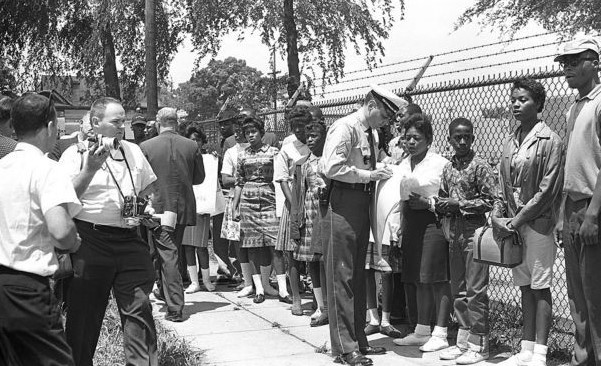 What Happened:
In May of 1963, thousands of Black children ages 7-18, conducted peaceful protests around the city of Birmingham, Alabama. They were organized by activist James Bevel, and their purpose was to draw attention to the Civil Rights Movement. They were met with anger by white Birmingham citizens, hostility by the police, and many of them were thrown in jail. Despite these reactions these young people bravely continued their protests.

Why it is important to know about:
Even though they were children, these kids were still met with brute force. Seeing children treated this way, however, brought national attention to what was happening in Birmingham, and how Black people were being treated across the South. This event became one of the major factors in the success of the Civil Rights Movement, one that directly affected change.

Details of the event:
In April 1963, civil rights activists including Dr. Martin Luther King, Jr., met in Birmingham, Alabama to conduct protests against segregated facilities throughout the city. It was during this time, April 12 to be exact, that Dr. King was arrested and wrote his famed “Letter from a Birmingham Jail.” One of the activists, James Bevel of the Southern Christian Leadership Conference, suggested getting the youth involved in the protests. Though not everyone agreed, on May 2, 1963, thousands of young Black boys and girls gathered at the 16th Street Baptist Church (the church that was later bombed killing four little Black girls in September 1963) in Birmingham. Their mission was to engage in a series of peaceful protests and marches around the city. These children, who ranged in age from 7 to 18, were trained in the art of non-violent protest and told to expect negative reactions. Knowing this, they decided to go forward anyway. Over the course of the next few days, hundreds of them were attacked by the police and police dogs, sprayed with water hoses, and carried off to jail by the bus loads. The display of courage shown by these young people, and the way they were treated gained national attention. By May 10, 1963, after eight days of protesting, the city came to an agreement to desegregate businesses and free all the protesters from jail.

Lasting impact:
This event, that would become known as the Birmingham Children’s Crusade, put fuel back into the Civil Rights Movement. People across the nation, including public officials such as U.S. President John F. Kennedy were inspired to act. What these children accomplished would eventually lead to passage of the Civil Rights Act of 1964.

What we learned from this event:
Civil Rights is not just an adult issue, or a Black person issue, it’s an everyone issue. When it comes to fighting for equality and justice, there is no age requirement to create change. Children can be just as brave, impactful, and inspiring as anyone.