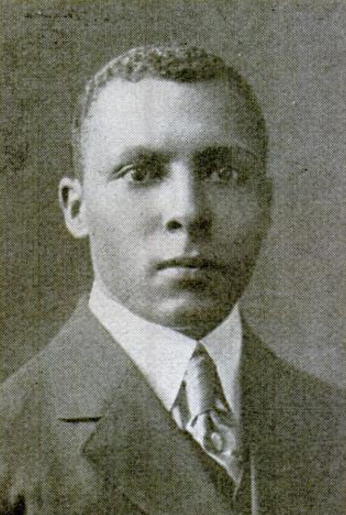 In a remarkable and controversial life, Max Yergan spanned both the globe and the ideological spectrum of American politics. An early champion of racial uplift and the social gospel in South Africa, Yergan transformed into a leading figure on the radical Black Left during the 1930s and 1940s, only to reincarnate once again as a ultraconservative anticommunist after 1950.

Yergan was born in Raleigh, North Carolina in 1892 and given a strict Baptist upbringing by his grandfather, who also instilled in Max a deep fascination with Africa. While attending Shaw University, Yergan joined the campus chapter of the YMCA. In 1916 his life took a momentous turn when he embarked on a YMCA mission to India. His YMCA work eventually led him to South Africa, where would spend the better part of the next fifteen years rising in the YMCA hierarchy and acting as a liaison for a growing Pan Africanist movement in the United States and Europe. He was awarded the NAACP‘s Spingarn Medal in 1933.

In the early 1930s Yergan grew increasingly frustrated with the YMCA’s passive approach to combating racial oppression. He developed an interest in socialism and was attracted to the more militant antiracism of the Communist Party. He formally broke with the YMCA in 1936, returning to the U.S. to lead the Harlem branch of the left-wing National Negro Congress (NNC). In 1940 he would become the NNC’s national president after an acrimonious split with former president A. Philip Randolph. In 1937 Yergan was hired at City College of New York where he taught the college’s first course on African American history. He was dismissed in 1941 along with several other radical professors in the wake of New York State Legislature’s Rapp-Coudert Committee hearings into Communist subversion. Yergan’s longstanding interest in Africa melded with his newfound radicalism in 1937 when he and Paul Robeson co-founded the International Committee on African Affairs, later renamed the Council on African Affairs.

Around 1948, for reasons not entirely clear but certainly related to the pressures exerted by constant government surveillance and threats of prosecution, Yergan broke decisively with the Communist movement and his former allies on the Left. He furnished incriminating information to the FBI, became something of a star witness for a series of government investigatory committees, and joined the Congress on Cultural Freedom, a collection of likeminded ex-communist intellectuals turned strident anticommunists. While Yergan’s interest in Africa never wavered, his political commitments there turned an about-face. He spent the final fifteen years of his life as head of the ultra-conservative American African Affairs Association and was an outspoken supporter of the apartheid regime in South Africa. Reviled by all but a small coterie of conservative allies, Max Yergan, a member of Alpha Phi Alpha Fraternity, died in 1975 at the age of eighty-two.