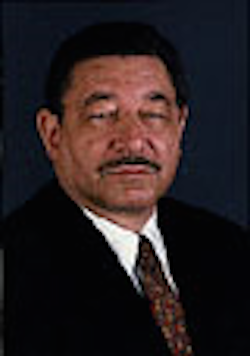 Ambassador William Davis Clark was born in 1941.  Currently, he is retired and resides with his wife, Katsuko M. Clarke, in Maryland.  Clarke has two sons William Clarke Jr. and Robert Clarke, and one daughter, Christina Armstrong.  In 1963, Clarke earned his bachelor’s degree at Howard University.  Years later, in 1995, Clarke attended the College of the Armed Forces in Washington, D.C. and received the U.S. State Department’s Equal Opportunity Award.

Clarke began his career in the United States Foreign Service in 1967.  For over 30 years, he worked in different parts of the world for the Department of State’s Bureau of Diplomatic Security.  Clarke served as a Regional Security Officer in Japan, France, Germany, Ivory Coast and Egypt.  In those countries, he was part of the team responsible for protecting U.S. embassies, their personnel, and classified information.  He also served as the U.S. embassy’s law enforcement liaison to the host nation, arranging training for foreign police and security officers and advising American citizens about safety and security abroad.  Eventually, Clarke moved to Panama where he served as the State Department’s Regional Associate Director for Security for all U.S. embassies in South America.

By 1992, Clarke returned to the United States and worked as the Deputy Assistant Secretary for Countermeasures and Information Security.  This position required Clarke to help develop security policy and plans for countermeasures for the Department of State’s overseas and domestic operations and facilities.  Clarke held this position until 1997.

On June 23, 1998 President Bill Clinton nominated Clarke to serve as U.S. Ambassador to Eritrea.  With that nomination he was the first member of the Bureau of Diplomatic Security to be named an Ambassador. After confirmation by the U.S. Senate on June 26, 1998, Clark arrived in Asmara, the capital of Eritrea on June 29 of that year.

As Ambassador, Clarke worked to improve the image of the United States among Eritreans who felt it did little to support the two decade long war of secession and eventual independence from Ethiopia that finally came in 1991.  In 1999, for example, Clarke participated in Eritrea’s National Immunization Day.  Here he personally supervised a line where mothers and their children had the opportunity to receive polio vaccines for the first time.

Clarke also assisted Eritrea by helping to arrange U.S. aid in the form of low-interest loans, development assistance, and food and medical programs.  In May 2001, Clarke signed a loan agreement for $10 million with the Eritrea government.  The loan was used to purchase nearly 81,000 metric tons of wheat and sorghum to help revive Eritrea’s faltering agricultural economy.  Clarke resigned as U.S. Ambassador on August 12, 2001, returned to the United States, and retired from the U.S. Foreign Service.

MEGA Historical Archives, http://www.msg-history.com/detachments/Eritrea/Eritrea_Asmara.html; Office of the Press Secretary: “The President today announced his intent to nominate William D. Clarke to be U.S. Ambassador to the State of Eritrea,”http://clinton6.nara.gov/1998/04/1998-04-22-clarke-named-ambassador-to-eritrea.html.