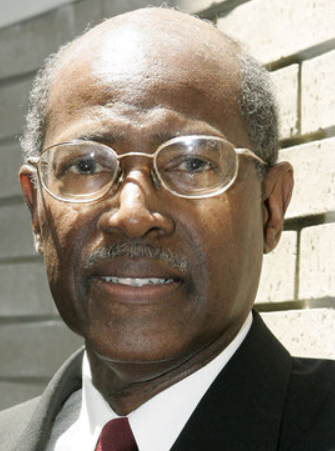 Political scientist and civil rights activist Ronald Walters was born in July 20, 1938 in Wichita, Kansas to parents Gilmar, a veteran and jazz musician, and Maxine Fray Walters, a civil rights investigator.  In the summer of 1958 he organized the Wichita National Association for the Advancement of Colored People (NAACP) Youth Chapter to conduct the first successful student led sit-ins of the modern Civil Rights era that desegregated the largest drug store chain in the U.S., Rexall.  In 1960 he moved to Nashville, Tennessee to attend Fisk University, where he was a classmate of Student Nonviolent Coordinating Committee (SNCC) leaders John Lewis and Diane Nash.

In 1971 Walters helped establish the Congressional Black Caucus, and advised Congressman Charles Diggs, the Caucus’s first chair.  In 1977 he co-founded TransAfrica, a non-profit group that provided assistance to African nations and lobbied on their behalf.  He was deputy campaign manager and adviser for the Rev. Jesse L. Jackson’s presidential bid in 1984 and active in the 1980s Anti-Apartheid Movement.  For 13 years, until his retirement in 2009 at age 71, Dr. Walters directed the African American Leadership Institute at the University of Maryland, wrote weekly syndicated columns, and provided commentary for national media.

During these years Dr. Walters wrote 13 books and 200 articles on racial politics. His 1987 book Black Presidential Politics in America: A Strategic Approach, envisioning the possibility of an African American president, laid out the steps such a candidate would need to be elected.  Walters lived to see the Barack Obama follow most of those steps to be elected president in 2008.

In perhaps his most influential work, White Nationalism, Black Interests: Conservative Public Policy and the Black Community (2003), Walters analyzed the resurgence of conservatism among whites that characterized the half century after the Civil Rights Movement.  Both Republican and Democratic Presidents from Richard Nixon to George W. Bush promoted this new conservatism which demonized the federal government, weakened the enforcement of civil rights laws, and dismantled social safety net provisions by reducing food stamps, housing assistance, and welfare payments, all of which disproportionately impacted the black poor.

His book also indicted the war on drugs that derailed the progress of tens of thousands of young African American men through mandatory minimum sentencing for small amounts of cocaine and marijuana. Walters argued that these incarcerations had the unintended consequence of disrupting black family life, intensifying poverty by denying felons employment, and reducing black voting power by eliminating their right to vote.

Dr. Ron Walters died of cancer in Washington, D.C. on September 11, 2010.  His colleagues’ book about his research and its influence, What Has This Got to Do with the Liberation of Black People? The Liberation of Ronald W. Walters on African American Thought and Leadership, appeared in 2014.