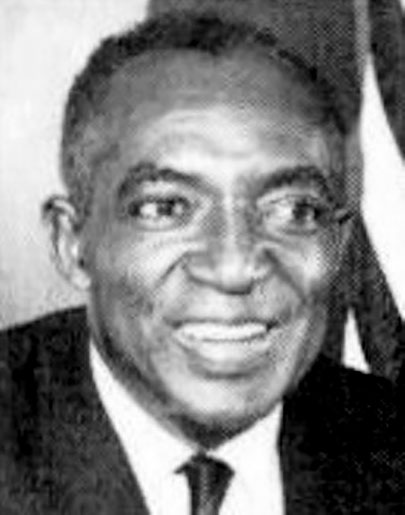 In 1936 Adams graduated as valedictorian of Booker T. Washington High School in Houston. He won a scholarship to Fisk University in Nashville, Tennessee, where he intended to study music. Charles Johnson, the president of Fisk University, however, influenced him to switch his major to sociology. Adams worked in the summers at the Henry Ford Trade School in Detroit, Michigan as a machinist to pay for school.

Adams received a Bachelor’s and Master’s Degree in Sociology from Fisk University in 1938. He then began a doctoral program at the University of Chicago in Illinois. When World War II began, however, Adams worked as a civilian at the Norfolk Navy Yard. Because he experienced discrimination in the Navy Yard, he volunteered for the Army Air Corps and was transferred to Randolph Air Force Base in San Antonio, Texas, where he served as a chaplain’s assistant. There he worked to improve conditions for African Americans on the base. In 1946, Adams received the Meritorious Service Award from the Army Air Corps.

In September 1952, Adams joined the Economic Cooperation Administration, the predecessor of the U.S. Agency for International Development (USAID). He served as an education advisor for the U.S. Special Technical and Economic Mission to Indochina. When he lived in Saigon, he spent time with a local Vietnamese family and learned French and Vietnamese. Meanwhile Adams completed his Ph.D. in 1953 at the University of Chicago.

In 1955, Adams became chief of the Office of Education of the International Cooperation Administration. While in that position he traveled to Cambodia where in 1956 he became one of the first Americans to see the famous ruins at Angkor Wat. He was also the first American decorated by the King of Cambodia for his role in supporting education in that nation.

From 1957 to 1958, Samuel Adams studied Southeast Asian and African languages at the University of London in the U.K. He then went to Lagos, Nigeria, where he served as the Chief Education Advisor for USAID until 1960. Adams then spent two years in Bamako, the capital of newly independent Mali and from there he traveled to the Cameroons, the Ivory Coast, and Liberia.

In 1965, Adams became the Director of USAID in Rabat, Morocco. He served there until 1968, during which time he developed films to help farmers grow wheat as part of the Green Revolution. In 1967, he was a member of the U.S. delegation to the Fifth Special Session of the General Assembly in New York and addressed a Special Session of the General Assembly.

Ambassador Adams returned to the U.S. and worked in Washington, D.C. as the Director of the African Bureau of USAID. He retired from that position and diplomatic service in 1975.

Samuel Adams died on August 2, 2001, in Center, Texas. He was survived by his wife Evelyn Baker Adams.