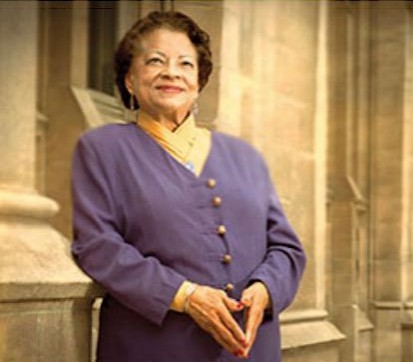 Vivian O’Dell Lee, a native of Spring, Texas, is the youngest child of Alvirita and Arthur Booker. She was born on January 28, 1938. Growing up, Lee traveled extensively with her mother and stepfather, U.S. Master Sergeant Frank Little, to Army locations in the U.S. and Japan. Experiencing firsthand the wounded soldiers from the Korean War zone, Lee decided to become a nurse.

In 1971, Lee became the first African American nurse hired by U.S. Public Health Service, Region X, and held senior management positions before retiring (1994) as the founding director of the first U.S. Regional Office on Women’s Health. Recognizing unmet health needs in the Northwest, she served as the first Adolescent Health Coordinator and the first Minority Health Coordinator for Region X, in addition to funding and supervising 144 clinic sites throughout the Northwest region.

Nationally recognized health projects created by Lee include a chlamydia research project, the first regional colonoscopy training program, the largest U.S. household survey on the health of Asian American women, and the first Title X funded nurse specialist training program in the U.S. To serve the needs of the influx of Southeast Asians in the 1970s, she funded provider training and audio-visual aids to assure adequate healthcare throughout the Pacific Northwest. Additionally, Lee consulted on special Native American health projects and implemented the first region-wide workshops for health providers serving Asian, African American, and Latino women.

Led by her dedication to mentoring underserved student population, Lee co-founded the University of Washington Alumni Association Multicultural Alumni Partnership (1995) to support underrepresented students on campus. She was selected for the first University of Washington (UW) President’s Minority Community Advisory Committee (1997) and reappointed by three UW Presidents. During this time, she served a decade on the UWAA Board, chairing the UWAA Committee that wrote the first UWAA diversity plan.