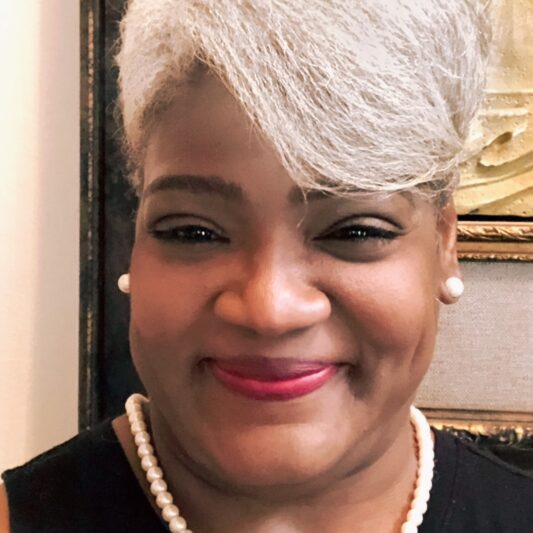 Thomas was born Alvirita Maxine Hightower to Ted Hightower and Verna Lee Booker Hightower in Houston, Texas on 11/16/1961. Thomas retired as Branch Manager/VP after 25 years of service at different capacities in Retail Banking.

Thomas became interested in compiling history after having the opportunity to browse through old pictures and newspaper articles which enlightened her of the significant contributions her family has made as African Americans in their business professions and in their communities. For example, her late grandmother, Alvirita Wells Little, established the first girl’s club for inner city youth of Seattle which provided a place for young girls to go, after school, to enhance their studies and learn life enrichment skills. Thomas’s mother, nicknamed “BOOTS”, has been recognized posthumously as the first African American professional barrel racer to gain entry and compete in the Houston Livestock Show and Rodeo in 1969 and 1970. “BOOTS” was inducted into the National Multicultural Western Museum Hall of Fame in 2007. A Humanitarian Award has been named in her honor.

Thomas enjoys sharing her family history with family and friends. She is a graduate of Louisiana State University in Baton Rouge, Louisiana (1984). She married Carl Thomas in 1986 and became a member of the New Faith Missionary Baptist Church. Thomas and her family are longtime residents of the diverse community of Stafford, TX. They have two children, Carl II (Emily) and Brecca. They are the proud grandparents of one grandson, Eauxien (pronounced “Ocean”).

On May 20, 2019, Reverend Lakeesha Walrond, Ph.D., made history when she was appointed President of the New York Theological Seminary (NYTS), founded in 1900 as the Bible Teacher’s College. Walrond is the first woman and first Black woman to serve as president of NYTS, … END_OF_DOCUMENT_TOKEN_TO_BE_REPLACED

Vivian O’Dell Lee, a native of Spring, Texas, is the youngest child of Alvirita and Arthur Booker. She was born on January 28, 1938. Growing up, Lee traveled extensively with her mother and stepfather, U.S. Master Sergeant Frank Little, to Army locations in the U.S. … END_OF_DOCUMENT_TOKEN_TO_BE_REPLACED