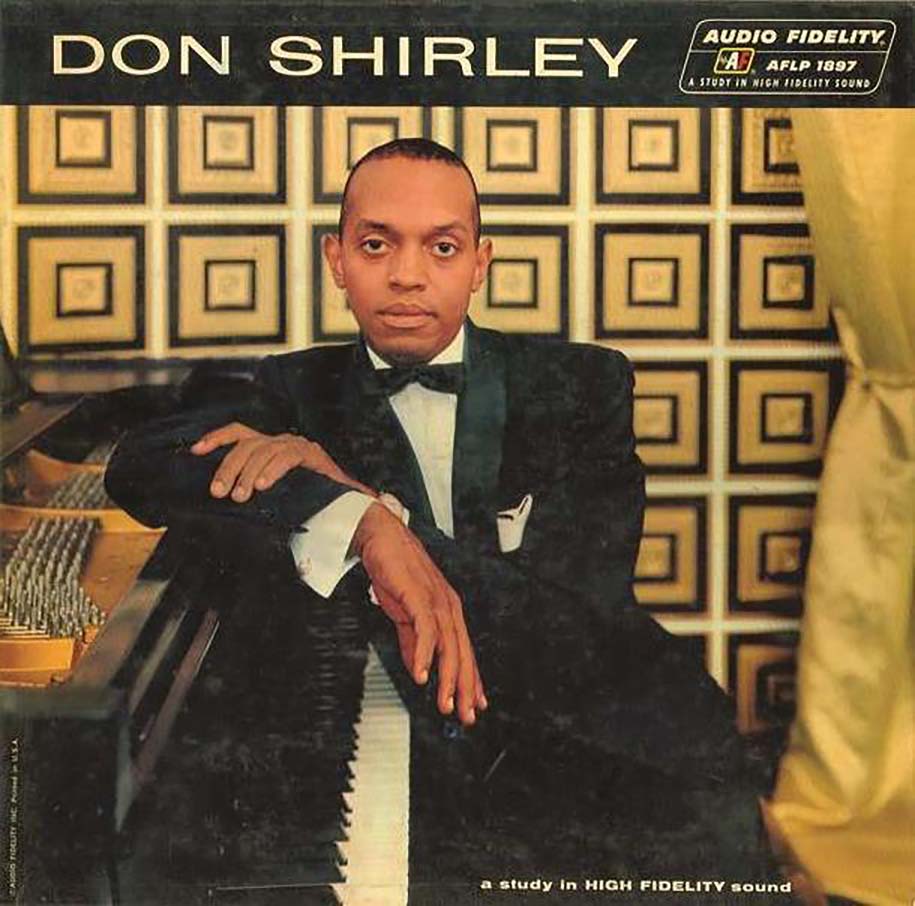 Donald Walbridge “Don” Shirley was an American classical and jazz composer and pianist.

Shirley was born on January 29, 1927, to Stella Gertrude Young and Edwin Samuel Shirley in Pensacola, Florida. His mother and father were Jamaican-born immigrants. Shirley was a prodigy, taught to play the piano by his mother at the age of two, and by age three, he was playing the organ. His mother passed away in 1936, the same year Shirley was invited to study theory at the Leningrad Conservatory of Music in the Soviet Union. He later studied at Catholic University of America in Washington, D.C.

On June 25, 1945, at age 18, Shirley made his debut, playing Tchaikovsky’s B-flat minor concerto with the Boston Pops Orchestra. His first major composition was performed by the London Philharmonic Orchestra in l946. In 1949 he was invited by the Haitian government to play at the Exposition International du Bi-Centenaire De Port-au-Prince. By special request from Haitian President Leon Dumarsais Estime’ and Archbishop Le Goise, Shirley gave a repeat performance the following week.

Shirley was married to Jean C. Hill in Cook County, Illinois on December 23, 1952, but the couple later divorced. He briefly abandoned his musical career while in Illinois, and obtained doctorates in Music, Psychology, and the Liturgical Arts at the University of Chicago. Afterwards he worked as a Psychologist in Chicago.

In 1955, Shirley performed in New York City at Basin Street East, where he met Duke Ellington. The two performed during Ellington’s Piano Concerto at Carnegie Hall with the NBC Symphony of the Air. Shirley was a recipient of the Isaac Stern Medallion. He was also a Carnegie Hall Apartment resident after 1956 and the only studio tenant besides Leonard Bernstein to play solo concerts at Carnegie Hall. He also played as soloist with an orchestra at Milan, Italy’s La Scala Opera House in a program dedicated to George Gershwin’s music, and he performed as a guest soloist for the Alvin Ailey Dance Ensemble playing Gershwin’s Concerto in F at the Metropolitan Opera House in New York City.

During the 1950s and 1960s, Shirley recorded many albums for Cadence Records. In 1961, his single “Water Boy” from the album Don Shirley Trio reached No. 40 on the Billboard Hot 100 and remained on the charts for 14 weeks. In 1962, the same year Shirley met a New York night club bouncer named Frank Anthony Vallelonga/Tony Lip, he released an album titled Don Shirley Presents Martha Flowers. Flowers was a world renowned African American mezzo-soprano. Shirley hired Vallelonga as his driver and bodyguard, to protect him as he performed in southern states, and required him to wear a uniform and cap. In the mid 1980s Vallelonga’s son Nick asked his father and Shirley for their blessing on writing a movie about them. Shirley said yes, but asked that it not be released until after his death. In 2018, the movie The Green Book was released.

Over his career Don Shirley composed three symphonies, two piano concerti, a cello concerto, three string quartets, a one-act opera, works for organ, piano and violin, a symphonic tone poem based on “Finnegan’s Wake” and a set of “Variations” on the legend of Orpheus in the Underworld.

Donald Walbridge Shirley died from complications of heart disease at his home above Carnegie Hall in in New York City on April 6, 2013, at the age of 86.