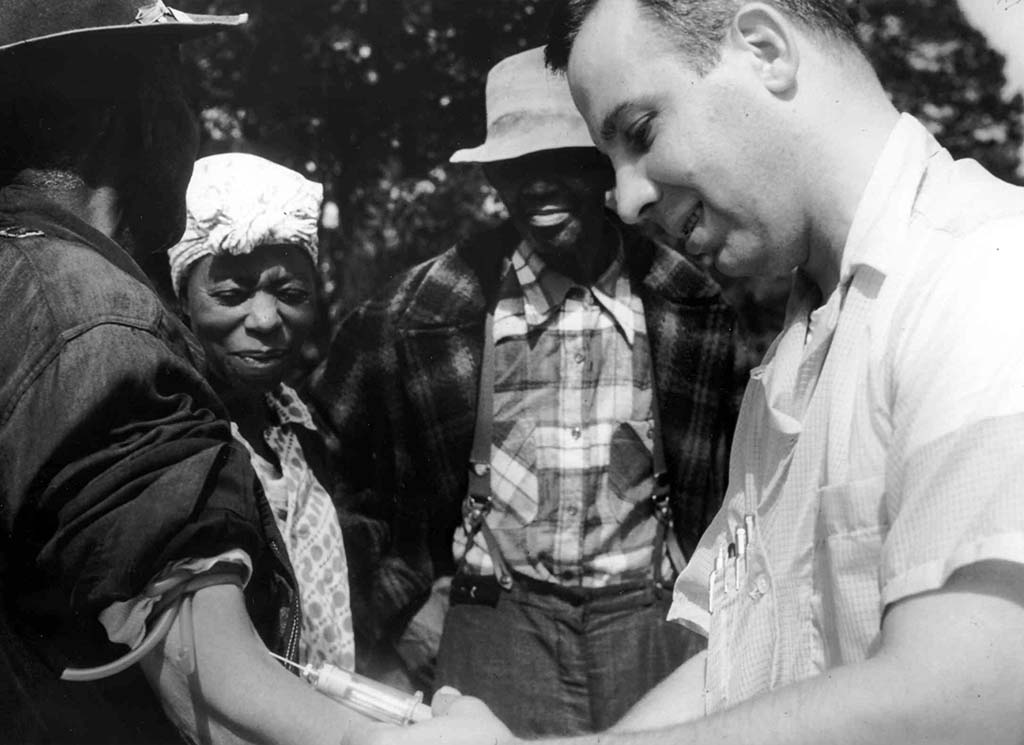 Acting on the presumption that rural southern blacks were generally more promiscuous and syphilitic than whites, and without sufficient funding to establish an effective treatment program for them, doctors working with the Public Health Service (PHS) commenced a multi-year experiment in 1932. Their actions deprived 400 largely uneducated and poor African Americans in Tuskegee, Alabama of proper and reasonable treatment for syphilis, a disease whose symptoms could easily have been relieved with the application of penicillin which became available in the 1940s.  Patients were not told they had syphilis nor were they provided sufficient medication to cure them.  More than 100 men died due to lack of treatment while others suffered insanity, blindness and chronic maladies related to the disease.

The original experiment took on a life of its own as physicians, intrigued by the prospect of gathering scientific data, ignored human rights and ethical considerations and managed to extend it until 1972 when a PHS researcher Peter Buxtun revealed its history to the press.  Public exposure embarrassed the scientific community and the government and the experiment was quickly shut down.  Attorney Fred Gray initiated a lawsuit on behalf of the patients.  In an out-of-court settlement each surviving patient received medical treatment and $40,000 in compensation.  In the wake of the scandal Congress passed the National Research Act of 1974 which required more stringent oversight of studies employing human subjects.  In 1997, on behalf of the federal government, President Bill Clinton issued a formal apology to the victims of the Tuskegee Syphilis Experiment.