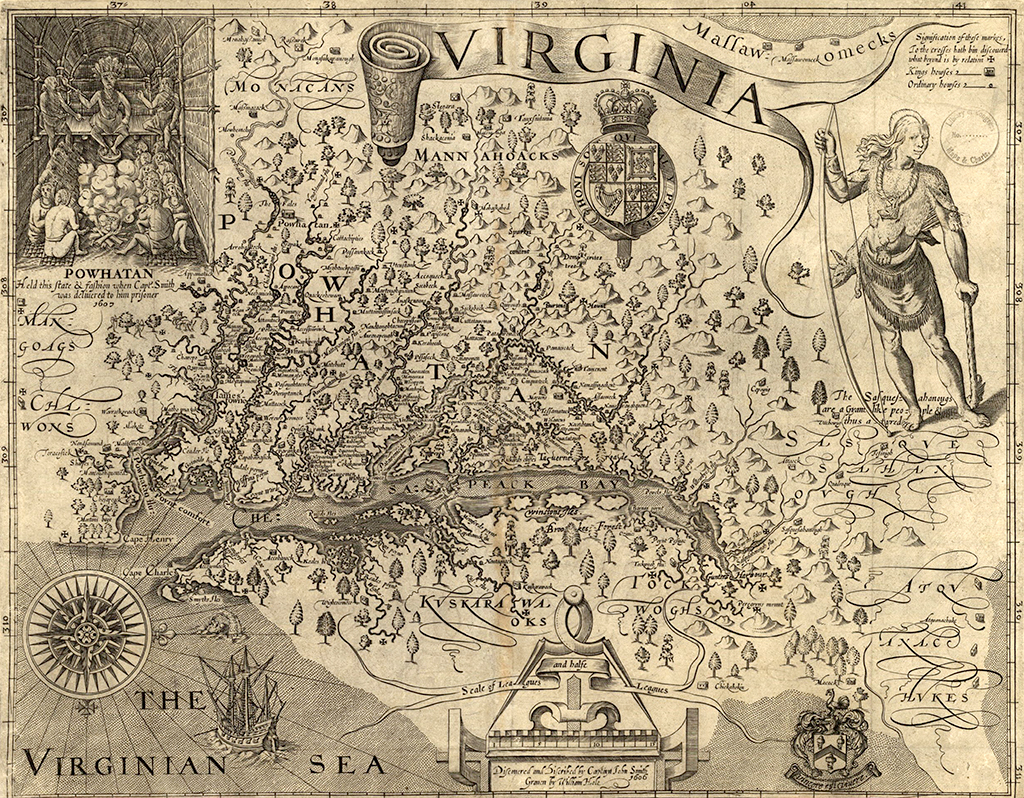 William Tucker was the first person of African ancestry born in the 13 British Colonies.  His birth symbolized the beginnings of a distinct African American identity along the eastern coast of what would eventually become the United States.

William Tucker was born in 1624 near Jamestown, Virginia, the son of “Antoney and Isabell,” two African indentured servants. Historians do not know much of William Tucker’s life due to the fragmented pieces of primary source material available for contemporary study.

According to the 1624-1625 Virginia Census, 22 Africans lived in Virginia at the time of Tucker’s birth. The first 20 of these Africans arrived in 1619 and all of them worked under indentured servitude contracts.  These men and women were not slaves because Virginia’s General Assembly had not yet worked out the terms for enslavement in the colony. Consequently these first Africans in Virginia received the same rights, duties, privileges, responsibilities, and punishments as their white indentured counterparts from Great Britain.  They also worked under the same terms and many but not all were given land at the end of their period of indenture.  In fact they and their descendants became the nucleus of the free black population which existed in Virginia prior to the Civil War.

William Tucker’s parents were among this group of 22 first Africans. They worked for a Captain William Tucker, the Virginia envoy to the Pamunkey Indians, and his wife, Mrs. Mary Tucker. Anthony and Isabella participated in the establishment of Elizabeth City County, Virginia which is now the city of Hampton, in 1634. In the early 1620s Captain Tucker allowed the couple to wed though the practice violated English custom for indentured servants. Anthony and Isabella married at least a year before giving birth to their son William Tucker in 1624.

William Tucker seems to have had a childhood similar to that of other children born to indentured servants in the colony. According to the 1624-1625 census, there were two other servant children, both white, born around the time of William Tucker.

Many facts regarding Tucker’s life remain a mystery. The historical record did not reveal his personal experiences in Virginia, whether he was married or had children, or the date of his death. What was known was Tucker’s baptism in the Anglican Church and that he was named after his family’s master, Captain William Tucker. Young William Tucker was counted as one of Captain Tucker’s 17 servants.

Irene Hecht, “The Virginia Muster of 1624/5 As a Source for Demographic History,” The
William and Mary Quarterly
, Third Series, Vol. 30, No. 1 (1973), 65-92;
“Muster of the Inhabitants of Virginia 1624” in John Hotten, ed., The
Original Lists of Persons of Quality, Emigrants, Religious Exiles,
Political Rebels, Serving Men Sold for a Term of Years, Apprentices,
Children Stolen, Maidens Pressed, and Others who Went from Great Britain
to the American Plantations, 1600-1700?: With Their Ages, the
Localities where They Formerly Lived in the Mother Country, the Names of
the Ships in which They Embarked, and Other Interesting Particulars,
from Mss. Preserved in the State Paper Department of Her Majesty’s
Public Record Office, England (New York: Empire State Book Company,
1874); John Russell, The Free Negro in Virginia 1619-1865 (Baltimore:
John Hopkins Press, 1913).