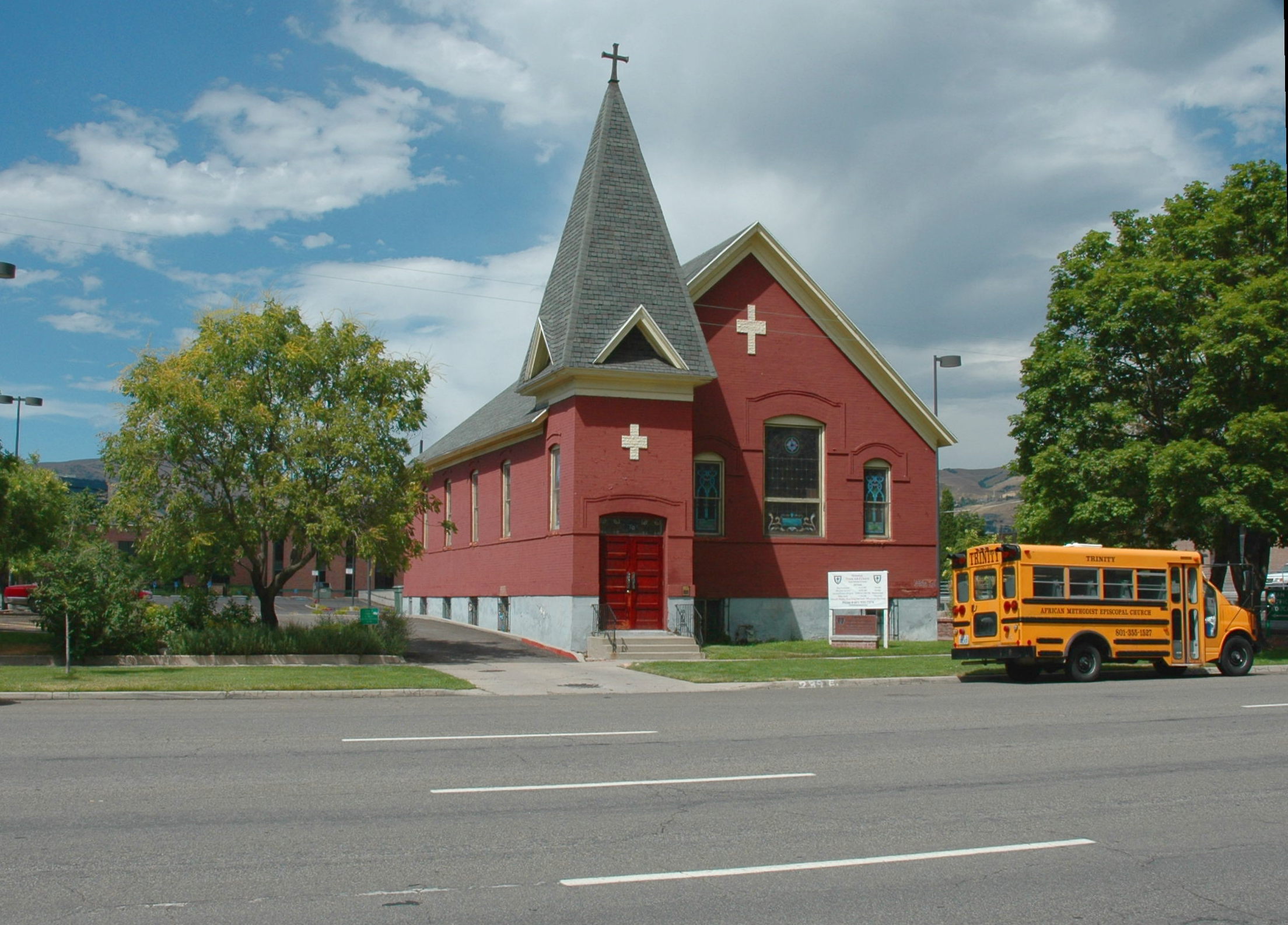 The Trinity African Methodist Episcopal (AME) Church is the oldest continuously operating black church in Utah.  Trinity AME was organized in 1890 by Rev. T. Saunders when Salt Lake City was the capital of Utah Territory.  The early date of founding reflects the presence of black non-Mormon Christians in Utah during its early settlement. Although there were numerous black members of the Church of Latter Day Saints (LDS) in Salt Lake City, some of whom arrived with Brigham Young in 1847, they never formed a separate church organization. Thus Trinity Church ranks as the oldest African American church in Utah.

The congregation met in various members’ homes until it acquired enough funds to buy property to build a church in 1907. The new church was located on 600 South which is now Martin Luther King Boulevard.  It was designed by Hurly Howell, a member of the congregation. The building was completed in 1909 by the congregation when Rev. T. C. Bell was pastor.  The church edifice was a small, rectangular, split-level building with a square tower and colorful leaded-glass windows.

From the 1930s and through the 1960s the church congregation numbered around 300 members. Despite the previous strong membership, the church has struggled with declining membership since the 1970s.  In 2012 it reported only 50 worshippers a week. Trinity AME now touts itself as a “working class” church that primarily serves widowed senior citizens. It has struggled to attract more youth despite its long history of community involvement.  It continues to hold youth activities such as movie nights that partner with the Salt Lake City women’s shelter.  It also sponsors interfaith events that involve other religious denominations in the city.

Trinity AME was restored in 1976 under Rev. D. D. Wilson and soon afterwards placed on the National Register of Historic Places.  In 2010 the church started a campaign for another restoration after experiencing water damage over time that caused mold contamination and erosion of the foundation. The church has closed its doors intermittently due to its age.

Since 2010 Trinity has partnered with the Salt Lake Interfaith Roundtable to raise the necessary funds to complete the second restoration. The congregation plans to install a museum in the church to celebrate Trinity’s local history and that of Richard Allen, the founder of the African Methodist Episcopal Church. Trinity AME Church still serves its congregation today as well as the larger, surrounding community.