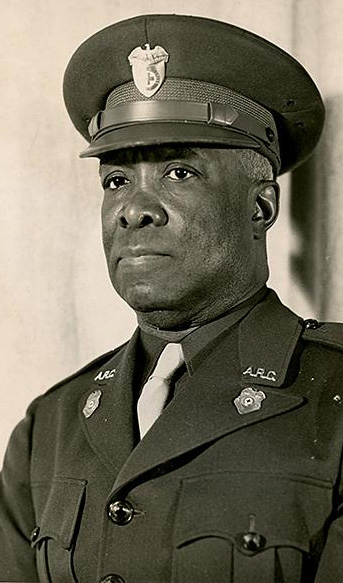 Jesse O. Thomas, early 20th century civil rights leader and protégé of Booker T. Washington, established the Atlanta, Georgia chapter of the National Urban League, a civil rights organization based in New York City, New York in 1919. Thomas was born in McComb, Mississippi to Amanda Johnson and Jefferson Thomas on December 21, 1885. Until the age of fourteen he attended school in Pike County, Mississippi, until his mother died and his family lost their land. Consequently, he took his first job at a sawmill in Natalbany, Louisiana.

As an undergraduate at the Tuskegee Institute, Thomas caught the attention of Booker T. Washington and he later became Thomas’s mentor. The day after his graduation in 1911, Thomas opened a Tuskegee field office in Rochester, New York and became one of the school’s most successful fundraisers. Later, in 1916, he became the principal of the Voorhees Institute in South Carolina. He married Nellie Ida Mitchell on August 1, 1917 and their only child, Anne Amanda, was born in Texas around 1919.

In 1918, Thomas took two positions in New York City as the State Supervisor of Negro Economics and Examiner-in-Charge of the United States Employment Service. However, in 1919, he resigned from both positions to pursue a degree in social work at the New York School of Social Work. Then, in October of 1919, Thomas opened the Field Secretary Office of the National Urban League in Atlanta, Georgia: an organization whose southern affiliates had consisted of only whites until his arrival. During his time there, Thomas persuaded the Atlanta School Board to hire the first two black public school nurses in the city. He also helped found the Atlanta University School of Social Work in 1920. As a result, he brought to the public’s attention the shortage of trained black social workers and sowed the seeds of modern social work in the South.

Thomas also organized the 27 Club of Atlanta for top-ranking black educators to pool their intellectual resources and publish papers. Later, Thomas was selected to be the general manager for the National Urban League’s Texas Centennial Project and led the effort to construct the Hall of Negro Life, an exhibition which opened in 1936. The exhibition received glowing reviews from various newspapers and visitors.

With World War II on the horizon, Thomas left the National Urban League for the U.S. Treasury to develop a program to sell war bonds in the black community. The success of the project led the American Red Cross to later recruit him in 1942, making him the first black person to be hired in a professional capacity with that organization. It was his job to lead the racial integration of the organization, but he left in 1951 because he had reached the mandatory retirement age. Nevertheless, he then joined the Federal Office of Price Stabilization (OPA) as one of the staff charged with minimizing inflation in the post-war years.