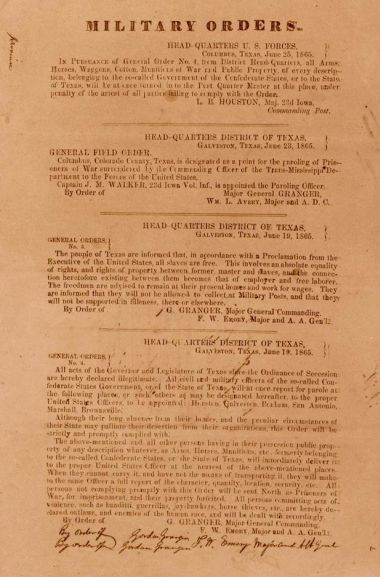 The people of Texas are informed that in accordance with the proclamation from the executive of the United States. All slaves are free. This involves absolute personal rights, and rights of property between former masters and slaves; and the connection heretofore existing between them becomes that between employer and hired laborer.