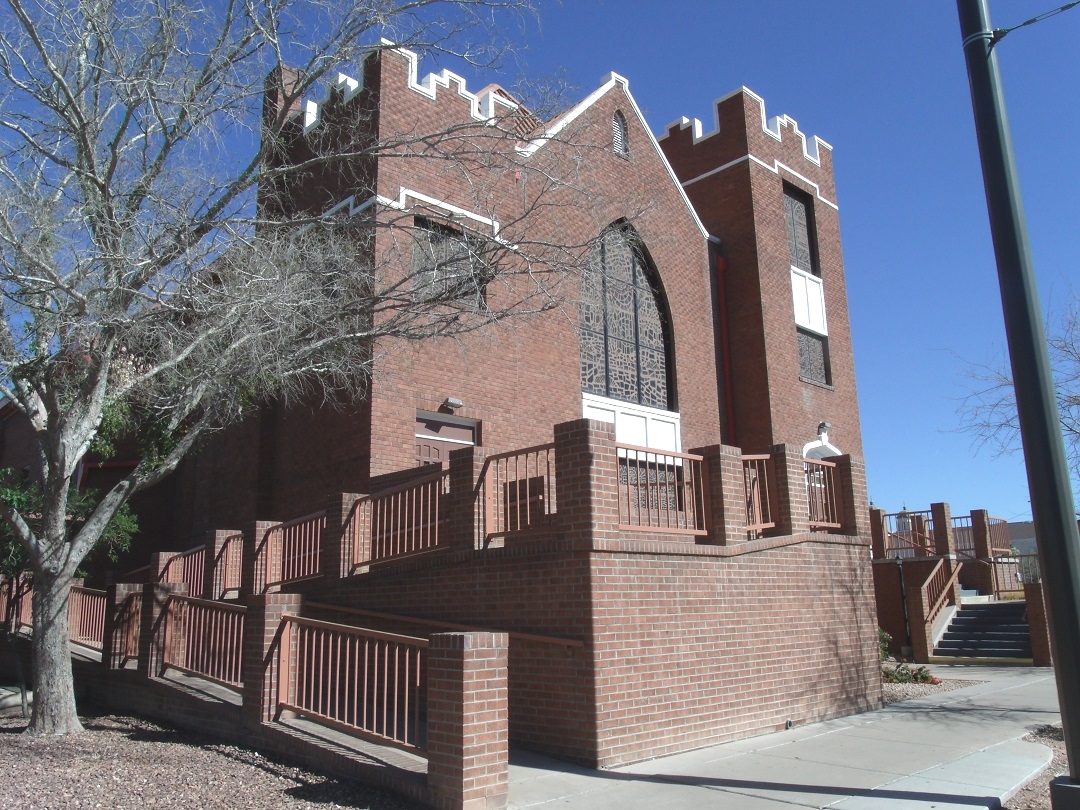 Tanner Chapel African Methodist Episcopal Church in Phoenix is the oldest African American Church in the State of Arizona.  Tanner Chapel was founded by African American settlers who came to Arizona Territory to escape racism, oppression, and violence in the post-Reconstruction South.  They also came seeking new economic opportunities in the Southwest, particularly in Arizona Territory, which would in 1912 become the 48th State of the Union.

The US Census of 1880 showed 155 blacks in the Territory with only five in Phoenix.  That population grew rapidly over the first half of the decade to approximately 50; some of them decided by 1886 to establish a Christian mission to foster family life.  Property was purchased that year for an African Methodist Episcopal Mission.  This small group grew, and in 1887, property was then acquired at Second Street and East Jefferson.  The Mission was incorporated as Tanner Chapel AME Church in honor of Bishop Benjamin T. Tanner, who founded the mission movement in the AME church.

By 1920 the small black population of Phoenix had grown to 1,075, comprising about 4% of the city’s total population.  Black Phoenix continued to attract newcomers from other states.  Tanner Chapel grew with the expanding community and in 1929 it purchased land at 20 S. 8th Street.  Here the congregation constructed the impressive Norman and Gothic Revival style church building that houses Tanner Chapel today.  Reverend A. H. Hamilton, Tanner’s pastor from 1926 to 1932, led the fundraising efforts for the new edifice, and oversaw the construction of the building.

When Tanner was built its congregants were mostly African American but the church itself was not constructed in an area yet designated as a black neighborhood.  Developing housing patterns, however, pushed more and more African Americans in Phoenix into a confined area south of downtown.  South Phoenix emerged as the black community and Tanner was now part of it.

Tanner Chapel then began addressing not only the spiritual needs of its congregants, but also provided social services for the surrounding community, including daycare and housing assistance.  In the 1960s the church became the center of local civil rights activities as well.

The church continued to serve its congregants and the community into the 1970s and 1980s.  In November 1987, Reverend John L. Shaw led Tanner Chapel in its Centennial Anniversary Celebration.  On December 15, 2010, the Phoenix City Council voted to approve Tanner as a Historic “Landmark” Building.  This special designation recognized the church as possessing historic and architectural significance.  Tanner Chapel was at the time only the 14th property in Phoenix to receive Landmark status.