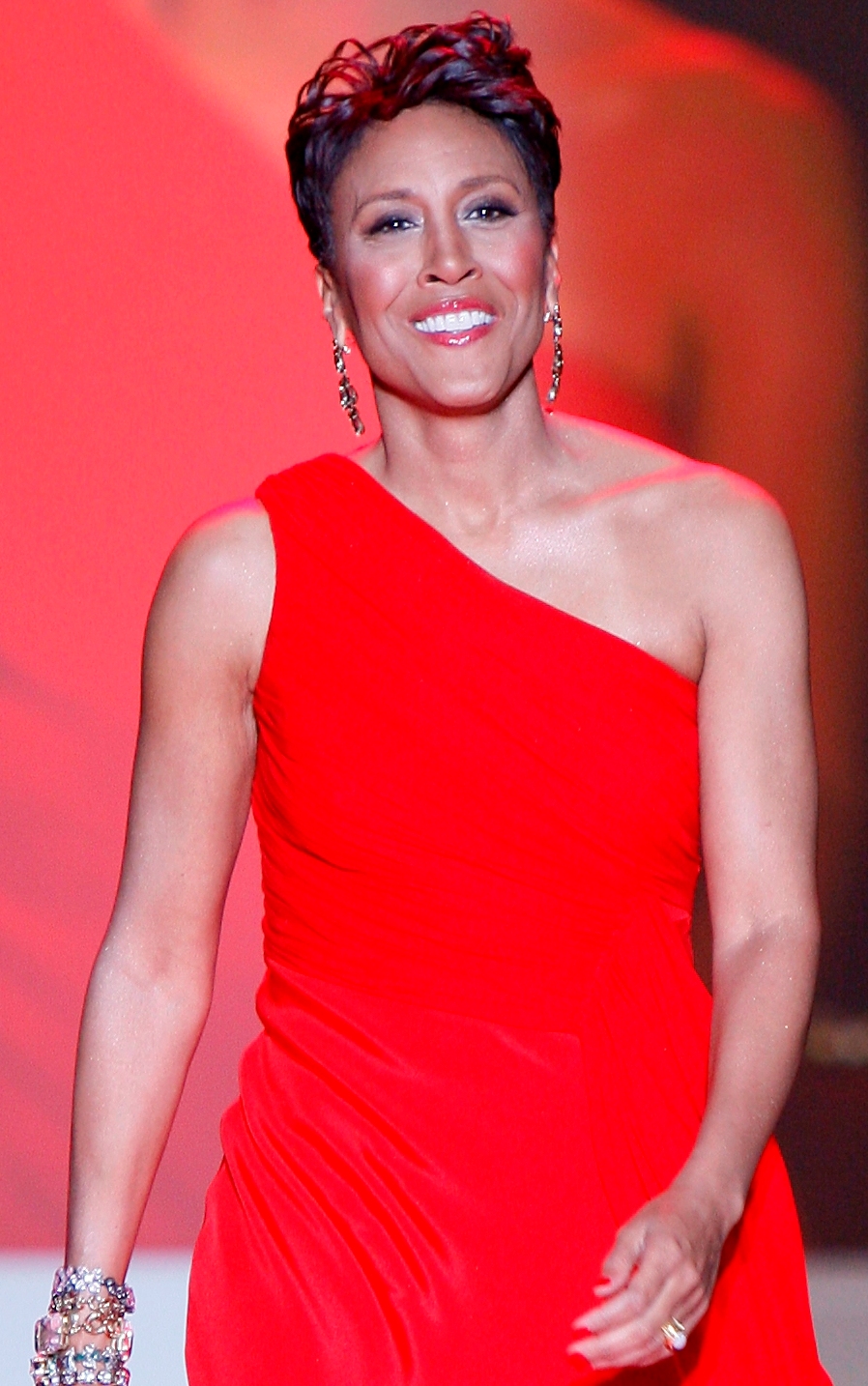 American television broadcaster Robin René Roberts is the anchor of Good Morning America, an ABC morning news show broadcast from its studios in New York, New York.  In December 2013, she quietly came out as a lesbian in a Facebook post that acknowledged her long-time girlfriend, Amber Laign.

Beginning in 1983, Roberts honed her broadcasting skills as a sports reporter and anchor at local television stations in Hattiesburg and Biloxi, Mississippi, Atlanta, Georgia, and Nashville, Tennessee.  In 1990, she joined ESPN as a sportscaster and host of Sportscenter.  During this time, she also lent her talents as a reporter to ABC News as well as Good Morning America.

Roberts became co-anchor, along with George Stephanopoulos, of GMA in May 2005.  Soon after she and Stephanopoulos took lead of the show, it became the number-one-ranked morning news show in April 2012, beating out NBC’s Today show, which had previously been the top morning show for 16 years.

In June 2007, Roberts was diagnosed with breast cancer.  She successfully underwent chemotherapy and radiation treatments.  Five years later, in 2012, Roberts was diagnosed with myelodysplastic syndrome (MDS), a rare bone marrow disease.  Her sister donated the marrow for a successful transplant, allowing Roberts to return to GMA in February 2013.  She received the 2012 Peabody Award for allowing her network to document and build a public service campaign around her battle and for inspiring many people to register as bone marrow donors.

Roberts is the recipient of a host of awards and accolades, including being inducted into the Women’s Basketball Hall of Fame in 2012, a Susan G. Komen Foundation award, the 2013 Arthur Ashe Courage Award, and, in 1994, she was inducted in the Women’s Institute on Sport and the Education Foundation’s Hall of Fame.