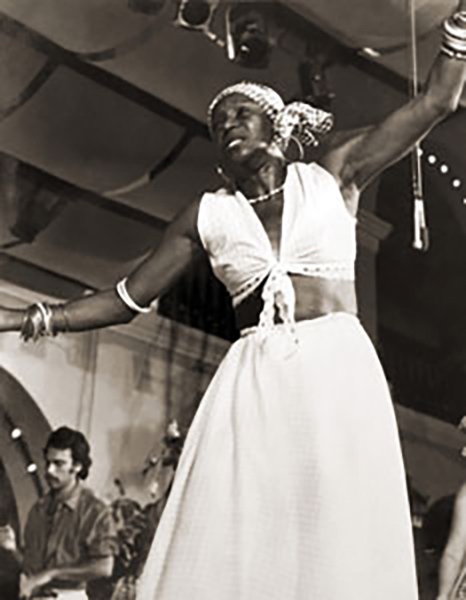 In the 1950s, Russian Jewish pianist Sonia Rudd (formerly Sonya Rudenko) and Metropolitan Opera House voice coach Leo Braun trained Villard while she attended CUNY. She joined the Africa House troupe, and became a member of Carabalí Dancers (with Christine Chapman and Roland Duvall Davis). She adapted African dances to poetry, performed Afro-Antillean and Negro Spirituals at Café Teatro Ocho Puertas (1963) and at the 1979 Pan-American Association Festival of the New World in Lagos. While in Nigeria she engaged in genealogy research on her possible lineage within the Igbo and Yoruba.

In 1988, Villard taught in New York City and the following year she presented “Racism in the Puerto Rican Nation” in the Black Woman in the Americas symposium at the Schomburg Center for Research in Black Culture. Diagnosed with lung cancer soon after, she returned to PR where she died at 62 on February 5, 1990. Despite Governor Hernández Colón infamously dismissing the African contribution to PR culture, he nevertheless paid last respects when visiting Villard’s childhood home. Survived by daughter, Naii Luz Colón and buried in the Villa Palmeras Cemetery near Black legends Rafael Cortijo and Ismael Rivera, Queen Mother Sylvia del Villard, journalist Wilda Rodríguez declared, “lived her life protecting our African heritage and she did it with extraordinary passion. She was a Black Queen to those of us who had the privilege of paying her tribute.”