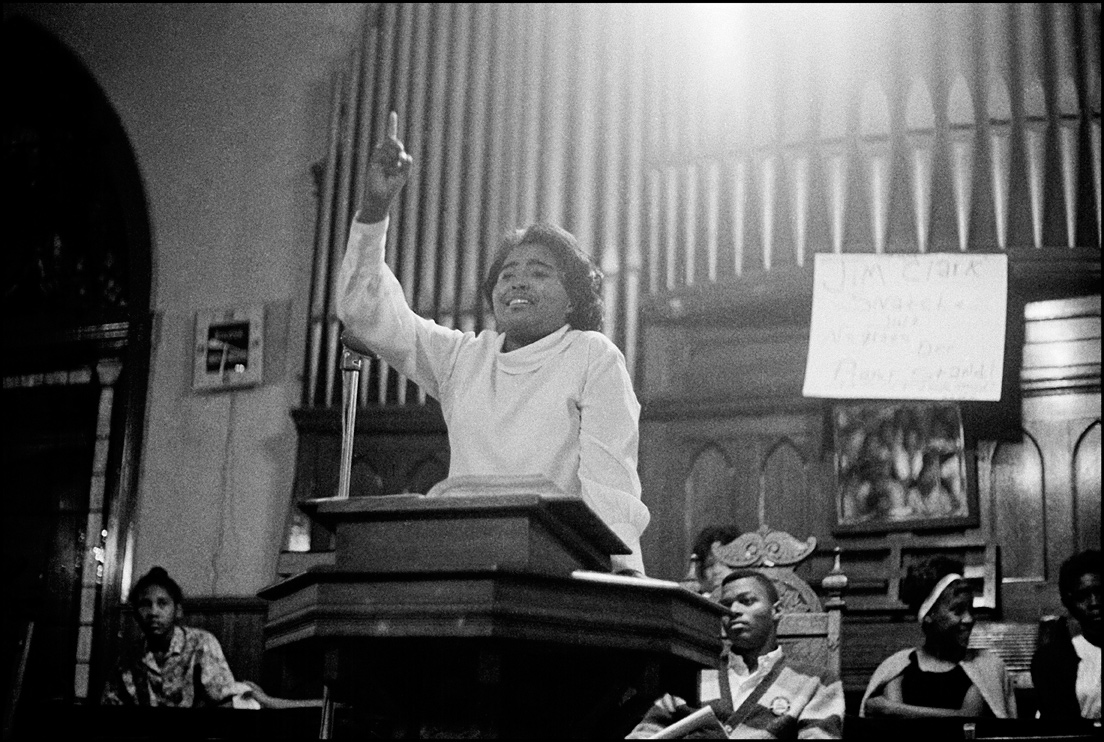 Prathia Hall Wynn was a womanist, theologian, ethicist, and civil rights activist who has been credited with being a key inspiration for Martin Luther King Jr.’s 1963 “I Have A Dream Speech.” Hall was born on June 29, 1940 to Reverend Berkeley L. Hall and Ruby Hall. Her family was originally from Virginia, but her parents moved to Philadelphia. Hall also had two siblings, Berkeley Jr., and Teresa Hall. Hall’s father was a Baptist preacher who founded the Mount Sharon Baptist Church in Philadelphia in 1938.

Hall’s first experience with racial segregation came in 1945 when at the age of five, she took a train from Philadelphia to Virginia to visit her grandparents. Hall and her sister, Teresa, and her mother were forced to be reseated in a segregated car when the train crossed the Mason-Dixon line (the Pennsylvania-Maryland border). Hall attended the Philadelphia High School for Girls in Philadelphia graduating in 1958. After graduation she enrolled in Temple University and graduated from that institution in 1962 with a BA in Political Science.

During her time at Temple University, Hall began to participate in the Civil Rights Movement. On November 11, 1961, Hall and other ten demonstrators were arrested for sitting in at a Barnes Drive-In Restaurant in Annapolis, Maryland that excluded Black customers. She was held without bail in jail for two weeks.

In 1962 Hall joined the Student Nonviolent Coordinating Committee (SNCC) and began working with fellow SNCC member Charles Sherrod in Southwest Georgia during the Albany Movement. She became the first woman field organizer for SNCC in Southwest Georgia which included Terrell County, Georgia nicknamed “Terrible Terrell” because of violence that civil rights activists faced in the county. On September 6, 1962, white segregationists’ nightriders fired into the house where Hall was staying at the time. Hall and two other civil rights activists, Jack Chatifield and Christopher Allen, were wounded.

Three days later on September 9, 1962, two southwest Georgia churches, Mount Olive Baptist Church near Sasser, and Mount Mary Baptist Church near Chickasawatchee, were burned by the Ku Klux Klan. The next day, a prayer vigil took place where Mount Olive Baptist Church once stood. The service was attended by Rev. Martin Luther King Jr and James Bevel. Hall led the group in prayer and repeated the phrase, “I Have A Dream.” According to Bevel, Hall’s “I have a Dream” phrase inspired King to start using it in his sermons. Hall later acknowledged that King asked her permission to use the phrase in his sermons leading up to his famous “I Have a Dream Speech” at the March on Washington a year later. Hall would remain with SNCC until 1966.

Hall later moved to Roosevelt, New York with her husband, Ralph Wynn, whom she married sometime in the mid-1960’s. She earned a Master of Divinity (1982), Master of Theology (1984), and Ph.D. from Princeton Theological Seminary in 1997. In 1978, Hall began serving as pastor at Mt. Sharon Baptist Church in Philadelphia which her father founded forty years earlier. In 2000, she joined the faculty at Boston University School of Theology where she held the Martin Luther King Chair in Social Ethics. In 1997, Ebony magazine named Hall number one on their list of Top 15 Greatest Black Women Preachers. Rev. Prathia Hall Wynn died of cancer on August 12, 2002 in Boston, Massachusetts at the age of 62.