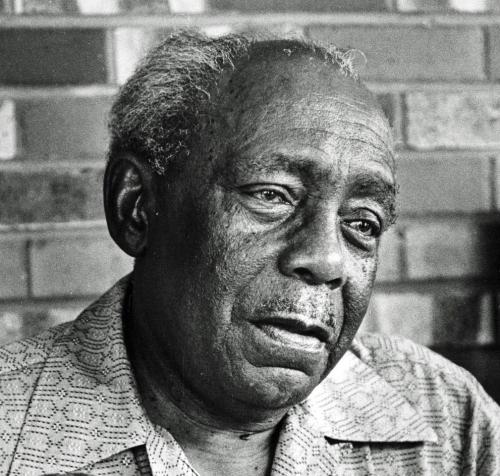 James Edward (“Jimmy”) Stewart was born in Plano, Texas on September 16, 1912, to laborer/minister Zena Thomas Stewart and Mary Magdeline Fegalee Stewart.  Zena died of malaria in Oklahoma City in 1920, four years after he and his family moved there.

Jimmy saw his poor and difficult youth as a blessing in disguise.  He began working at age eight with childhood friend Ralph Ellison.  He was mentored by his band instructor, Johnson Chesnutt Whittaker, and Roscoe Dunjee, a local newspaper editor and National Association for the Advancement of Colored People (NAACP) official. Stewart also cultivated white friends to bridge the racial gap and understood how to appeal to white leadership.

Jimmy Stewart’s campaign for racial justice began in the 1930s when he lodged a complaint with the Oklahoma Natural Gas (ONG) Corporation about the lack of black employees and managers.  He so impressed district manager Thomas Sterling that he was hired by ONG.  Stewart continued to work there the rest of his adult life, developing a relationship with the corporate leadership that allowed him to promote ONG and the welfare of the black community.

Stewart spent his working days at ONG and his evenings and “retirement” years in the war against racism.  The main weapon of change in Stewart’s arsenal was the Oklahoma City NAACP, founded in 1913.  Stewart became active in the NAACP in the 1930s and rose to become branch president of the Association in 1942 and eventually state president in 1942 and member of the national board in 1949.  Stewart, Roscoe Dunjee, and Thurgood Marshall teamed up in 1946 to lead the campaign to desegregate the University of Oklahoma and Oklahoma State University.  In 1961, with Stewart’s backing, Dr. A.L. Dowell filed the lawsuit which resulted in Federal Judge Luther Bohanan’s order to end racial segregation in the state’s primary and secondary school systems.  Stewart’s cooperation with civil rights beacon Clara Luper in the 1960s and 1970s helped dismantle racial discrimination in public facilities and establishments across Oklahoma.

James Stewart was inducted into the Oklahoma Hall of Fame a decade before his death in 1997.  He was presented to the audience by Ralph Ellison and praised by former Republican Senator and Governor Henry Bellman and Democratic Governor George Nigh.  James “Jimmy” Edward Stewart died in Oklahoma City, Oklahoma on April 13, 1997.