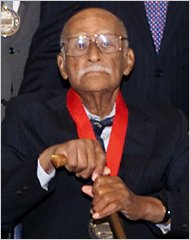 Frank M. Snowden, Jr. was a distinguished historian, professor, and diplomat most notably in the area the lives of blacks in the ancient world. Of his many esteemed works, Blacks in Antiquity is his most significant scholarship.

Snowden was born on July 17, 1911, in York County, Virginia. His family moved to Boston, Massachusetts when he was a child because his father, Frank M. Snowden Sr., became a businessman. In Boston, Snowden attended Boston Latin School and it was here that he initially became fascinated by the classics. In 1932 Snowden received a bachelor’s degree in classics from Harvard University and would go on to earn a master’s and doctorate degree in the same field and same institution in the years 1933 and 1944 respectively. His dissertation for his doctorate focused on slavery and freedom in Pompeii (in what is now Italy) constituted the base for his later research. Following teaching stints at Virginia State College and Spelman College, Snowden became a faculty member at Howard University in 1940 and served as chairman of the classics department.

In the 1950s Snowden was a recurrent lecturer abroad on State Department sponsored tours in Africa, Europe, and Latin America. He was also a U.S. diplomat when he served as the cultural attaché at the American Embassy in Rome between 1954 and 1956.  Snowden was the first African American to hold the post there.

Between 1956 and 1968, Snowden served as the dean of Howard’s College of Liberal Arts and helped to establish the honors program at the University. Student anger directed at him was commonplace during the Vietnam War era because he was the faculty leader most fully in support of U.S. military action in Southeast Asia. Snowden resigned from his position as dean in 1968 after he was hanged in effigy with Selective Service director Lewis B. Hershey and Howard University president James M. Nabrit, Jr. Snowden become a professor emeritus after the incident.

In 1970 Snowden wrote Blacks in Antiquity culminating fifteen years of research.  It would soon become his most notable work. His research spanned a 3,000-year period from the middle of the third millennium B.C. to the sixth century A.D. In his book he explored the idea that people of African ancestry in the ancient world appeared to have not been subjugated to malignant racism that would become familiar in post-1500 Europe.

Snowden hypothesized that the Greeks and Romans did not label blacks as inferior or seek ways to justify their enslavement. This was due to blacks being initially encountered as mercenaries and soldiers rather than slaves and savages.  Snowden used evidence from the literature and art of that era to support his findings. In 1983, he published Before Color Prejudice, which extended his theories about blacks in the ancient world.  In 2003 Snowden was awarded the National Humanities Medal by President George W. Bush. The medal is presented to scholars, artists, actors, and writers for their achievements and contributions.

Snowden. a member of Sigma Pi Phi fraternity, was married to Elaine Hill in 1935 until her death in 2005. Frank Snowden, Jr. passed away on February 18, 2007 at the Grand Oaks Assisted Living Home in Washington, D.C. due to congestive heart failure. At the time of his death he was 95 and was survived by his son Frank Snowden III, his daughter Jane Snowden Lepscky, four grandchildren, and four great grandchildren.