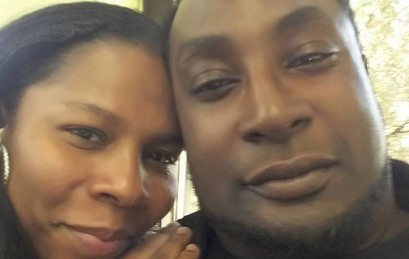 One of the biggest riots in the history of Charlotte, North Carolina came in reaction to the shooting involving Keith Lamont Scott, a 43-year-old black man. The shooting, along with the ensuing riot, garnered international news attention. It also advanced the debate promulgated by the Black Lives Matter movement on the ongoing tension between African Americans and law enforcement.

Keith Lamont Scott was born in Charleston, South Carolina on February 3, 1973, to Vernita Scott Walker.  Scott lived in South Carolina and Texas before finally settling in Gastonia, North Carolina as an adult.  He had seven children and married his wife Rakeyia on March 25, 1996. Scott had previously worked at a local mall as a security guard. He was passionate about motorcycle riding, which led him to crashing a few months before the shooting incident. He experienced multiple injuries from this experience, which, according to Mrs. Scott, also damaged his cognition and dramatically affected his behavior.

On September 20, 2016, the Charlotte-Mecklenburg police were called in to respond to an outstanding warrant in the University City neighborhood for another individual.  When a plainclothes officer went to issue the warrant, they found Scott in an SUV next to their unmarked car. One of the officers, Brentley Vinson, who was African American, claimed he saw Scott holding a gun in his vehicle. This apparent attention prompted action by the police officers.

According to police, Scott had pulled out a gun and had refused to comply with their pleas to put his weapon away. While a video from Scott’s wife showed some of the footage of the police encounter, much of what was recognizable were the gunshots from the police as well as his wife’s pleading to not shoot him. Scott died immediately from the gunshot wounds.

In the aftermath of the shooting Scott’s family publicly stated that he held up a book rather than a gun.  The police disputed this claim in their investigation, claiming a gun with Scott’s DNA was found in the car.  The police also claimed that he had possibly obtained the gun illegally, as it was not registered to him.

Although there were peaceful protests following Scott’s death, from September 20 to 23, Charlotte experienced a riot in response to the shooting. A series of businesses reported damage to their property and one person, Justin Carr, was killed in the ensuing conflict. North Carolina Governor Pat McCrory declared a state of emergency and ordered in the North Carolina National Guard into Charlotte to assist local police in maintaining order.

On November 30, 2016, the Mecklenburg County prosecutors stated that they would not press charges against Police Officer Brentley Vinson, with District Attorney Andrew Murray stating that, “He acted lawfully”.