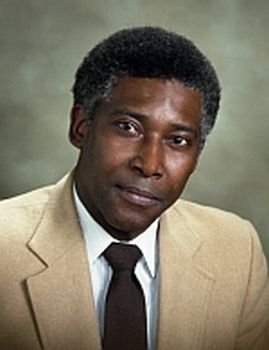 Former State Senator and Representative for Washington’s 26th District, William “Bill” Smitherman was born on July 31, 1943. He grew up in Lakewood and graduated from Clover Park High School in 1962. He and his wife Karen, a retired Tacoma public school teacher and administrator, married in 1974 and have two daughters.

In 1982 Smitherman was elected to the Washington State Legislature as the Representative for the 26th District, which includes Pierce and parts of Kitsap County. He served on the Ways and Means, Commerce and Labor, Local Government, Transportation, and Education Committees, and was chair for the subcommittee on tourism development. He served in the House of Representatives until he was elected to the State Senate in 1986, where he became chair of the Higher Education committee and vice chair of the Commerce and Labor committee.  He also sat on the Transportation, Energy, and Utilities committees.  Smitherman represented the State Senate on the Washington Housing Council. In 1989 he was named the Washington State Labor Council’s Legislator of the
Year.

While in the legislature, Smitherman helped pass notable legislation including the Growth Management Act, and the measure which created the UW Tacoma branch campus.  He also worked on legislation relating to job training and retraining, government fiscal responsibility, shellfish protection, welfare reform, and tourism development. Smitherman ran for State Senate again in 1990 but lost.

From 1990 to 1992 Smitherman served as the Executive Director for the Upper Tacoma Renaissance Association, where he helped secure financing for the development of housing.  He helped new businesses in Tacoma’s Hilltop neighborhood by arranging a $5.6 million Housing Grant. In 1992 Smitherman returned to teaching at Tacoma’s Jason Lee Middle School.

William Smitherman continued his public service in a number of organizations. He was a board member of the Fircrest Kiwanis, D.A. Gonyea Boys & Girls Club, and the Downtown Tacoma Lion’s Club. Smitherman helped create Tacoma’s neighborhood councils, and has been involved with a number of Tacoma social and environmental justice groups as well as historical/cultural societies. In his last foray into politics, 61 year old Smitherman ran for Pierce County Council in 2004 but lost.