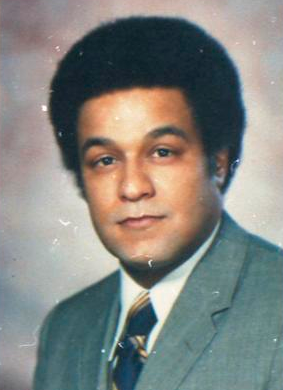 Michael K. Ross was a Washington State legislator, civil rights activist, and contractor who, although he worked from within established political channels, was not afraid to go against the grain to affect social change.

Ross’s early years followed a conservative trajectory.  Born in Iowa City, Iowa and raised in the Midwest, he served a stint in the United States Air Force before deciding to become involved in civil rights work.  He came to Seattle in the mid-1960s having served with Martin Luther King Jr.’s “Get Out the Vote Campaign” and in the hope that Seattle would prove more accepting of his bi-racial marriage than Virginia, which still had anti-miscegenation laws on the books.  The marriage produced two sons, Adam Ross and Michael K. Ross.

In 1971 Ross, a Republican was elected to serve the predominantly Democratic 37th District as state legislator in Olympia, Washington.  During his term in office, Gov. Dan Evans appointed Ross to the State Law and Justice Planning Committee.  Despite his propensity to work from within established political channels, Ross did not shy away from controversy and during his term as a state legislator, he introduced a bill to legalize marijuana.  It failed.

Following a number of interracial confrontations at Rainier Beach High School, Ross again made newspaper headlines when he commandeered a state owned vehicle to transport armed Black Panthers to the school to help protect black students.  He was also arrested for helping to overturn a bulldozer when he joined a group of black contractors protesting the lack of racial diversity during the construction of Seattle Central Community College.

When his term of office ended in 1973, Ross ran unsuccessfully for the Seattle City Council, losing to George Benson.  Ross’s campaign manager was Dino Rossi who was introduced to politics by Ross.  Rossi was much more successful than his mentor, winning seats in the state House of Representatives, State Senate and in 2004 narrowing losing the governorship to Christine Gregoire.

Ross started a construction company to build modular homes for low-income renters.  Unfortunately, the four units he helped build were never occupied due to contaminated soil.  Undaunted, Ross later became the director of the United Inner City Development Foundation (UICDF), an agency which assisted small businesses.  He and Norward Brooks also started N.J. Brooks Construction Company.   After leaving the UICDF, Ross accepted an appointment with the Federal Regional Office of Energy and later worked for the Seattle Vocational Institute (SVI) as a liaison between the minority community and the Seattle Public Schools.