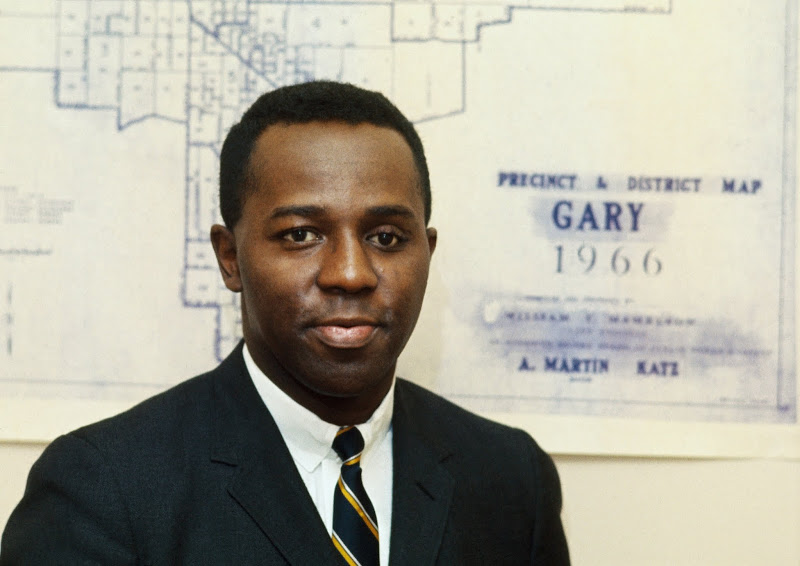 Hatcher received his bachelor’s degree in business and government from Indiana University. His BA degree was with honors in criminal law was awarded in 1956 and was followed by a Juris Doctor from Valparaiso University School of Law in 1959. Interestingly, he was the first and only first term city councilman elected president of the Gary City Council in 1963.

During his tenure as mayor, Hatcher reduced illegal gambling to near zero, purged the Indiana Police Department of corruption and cronyism, and had innovative approaches to the city’s problems. He was one of the first big city mayors, for example, to use federal funding to build both afford0able housing and public housing. His administration also funded job training, rehabilitated dilapidated streets, and provided regular trash pickups in poorer neighborhoods that had long been neglected by previous administrations. In addition, a decade after he was first elected, many of the city’s department heads, including police and fire chiefs, were Black. 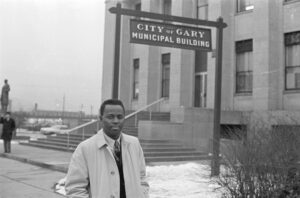 Hatcher, an avid civil rights advocate, often shared the platform with national leaders such as Rev. Jesse Jackson. He was instrumental in organizing both the 1972 and 2016 National Black Political Conventions in Gary. The one in 1972 was the first in the history of the United States. In 1979 Hatcher and seven other mayors sent a telegram to then President Jimmy Carter opposing a Republican proposal to lift sanctions against Zimbabwe-Rhodesia.  Because of his nation profile, Hatcher served as Vice – Chairman of the Democratic National Committee from 1981 to 1985. In the 1984 U.S. presidential election, Mayor Hatcher served as the chairman of Jesse Jackson’s campaign.

Unfortunately, Hatcher could not prevent the already steadily declining steel industry which was national in scope. During his during his term in office steel mills either closed or reduced their work force which resulted in rising poverty and crime. The city’s population also declined as more people moved to the suburbs or away from the region altogether. As a result, Gary became the national symbol of post-industrial America.

After leaving office in 1988 Hatcher founded his consulting firm, R Gordon Hatcher & Associates and in 1989 began teaching political science at Roosevelt University and law at Valparaiso University. In 1991, he ran again for mayor, but this time unsuccessfully. He married his wife, Ruthellyn, in 1976 and they have three daughters, Ragen, who is a member of the Indiana House of Representatives, Rachelle, and Renee.

Richard G. Hatcher died on December 13, 2019, at Mercy Hospital and Medical Centre in Chicago at the age of 86. His funeral was held eight days later.