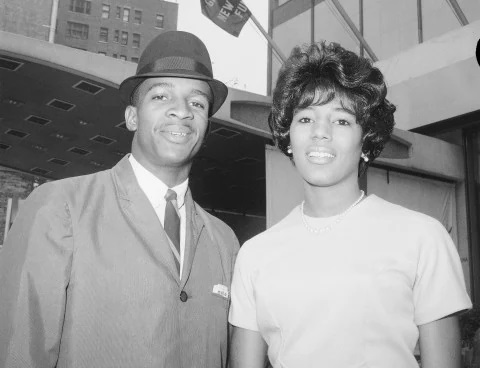 James Alexander Hood was the first African American male student to register and attend classes at the University of Alabama in Tuscaloosa, a previously all-white institution. Hood was born on November 10, 1942, in Gadsden, Alabama, to Octavie Hood and Margaret Hughes Hood. James had two brothers, Arthur Janes Hood and Laymon Hood, and one sister, Ramona Denise Hood Thomas. A graduate of Carver High School in Tuscaloosa, he had originally attended Atlanta’s Clark College (now Clark Atlanta University), an HBCU. Hood, however, was adamant about removing racial barriers during the Jim Crow era and at the age of 20 he saw the civil rights movement of the early 1960s evolving around him. He was encouraged by Alabama civil rights leaders to complete an application for admission to the University of Alabama. Initially denied entry because of his race, a federal judge intervened and ordered him and another African American student, Vivienne Malone, admitted to the state-supported institution.

On June 11, 1963, Alabama Gov. George Wallace defied the court order and physically stood in front of the flagship University of Alabama’s (UA) Foster Auditorium door to deny entry to Hood and Malone as they attempted to register for classes. He declared that the two students were “unwelcome and unwanted.” In response, President John F. Kennedy federalized the Alabama National Guard and threatened the governor with an arrest if he continued to bar the admission of the students. In a compromise, Wallace allowed Hood and Malone, surrounded by federal marshals, to enter through an adjacent door.

Hood registered for classes at the university. However, after two months of repeated racial threats in this exceedingly hostile academic environment, he left UA for his psychological and physical safety and enrolled at Wayne State University in Detroit, Michigan. In 1970 Hood received a bachelor of arts degree from Wayne State and two years later, in 1972, he received a master of arts degree in criminal justice from Michigan State University in Lansing.

In 1995, Hood returned to the University of Alabama to pursue a doctor of philosophy degree in interdisciplinary studies. He completed his program in two years, in 1997. Ironically Hood and former Gov. George Wallace had bonded over the years and Wallace announced that he wanted to attend Hood’s doctoral hooding (Ph.D. graduation) on May 17 and personally give him his degree, but poor health prevented the governor from attending the ceremony. Hood attended Wallace’s funeral in 1998 and publicly urged people to forgive the governor for his actions in 1963 as he had done.

In 2002, Hood retired from Madison Area Technical College in Madison, Wisconsin, and returned to his native Gadsden. In 2010, the University of Alabama dedicated the plaza in front of Foster Auditorium to him and Malone. The plaza now bears their names.

James Alexander Hood died of complications from a stroke on January 17, 2013, in Gadsden, Alabama. He was 70.