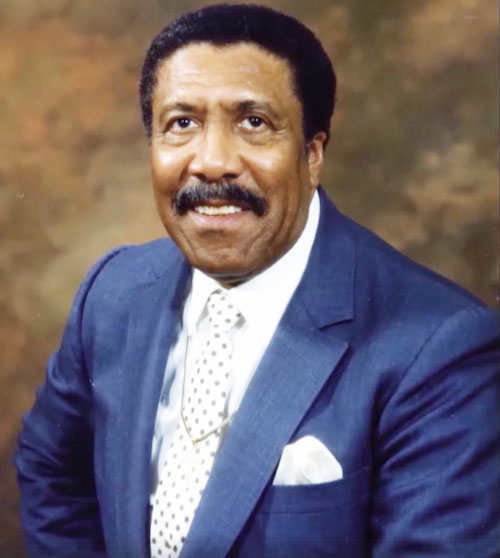 Evangelist and civil rights leader Reverend Clay Evans founded the Fellowship Missionary Baptist Church in Chicago, Illinois in 1958 and was the founding national board chairman of Operation PUSH (People United to Save Humanity, later changed to People United to Serve Humanity) in 1971.

Rev. Clay Evans was born in Brownsville, Tennessee on June 23, 1925. After graduating from Carver High School, Evans attended seminary school at the Chicago Baptist Institute and later at the Northern Baptist Theological Seminary, and the University of Chicago Divinity School.  In 1950 he was ordained a Baptist minister and eight years later founded the Fellowship Baptist Church (or “The Ship”). His popular sermons were broadcast on radio and television, generating his fame throughout the Midwest and into the South.

In 1965, Rev. Evans joined Rev. Jesse Jackson, Sr., to promote the civil rights movement then emerging in Chicago.  In 1971 they founded Operation PUSH, which encouraged black self-help.  Between 1971 and 1976, Rev. Evans served as chairman of the organization and currently serves as its chairman emeritus.

Rev. Evans is also the founding president of the Broadcast Ministers Alliance of Chicago, organized in 1975 by a group of leading pastors who sponsored weekly radio and television broadcasts. The group is socially active in the areas of healthcare, voter registration, and religious protection. In 1990 Rev. Evans released the first of a series of successful gospel and inspirational recordings. His 1995 recording I’ve Got a Testimony earned him the Stellar Gospel Music Award for Album of the Year in 1996.

In 2000, Rev. Evans retired as pastor of Fellowship Missionary Baptist Church after 42 years as its principal minister.  Upon his retirement he was honored by Illinois Senator Dick Durbin during a formal ceremony in the U.S. Senate.  Rev. Evans and his wife, Lutha Mae, live in Chicago.