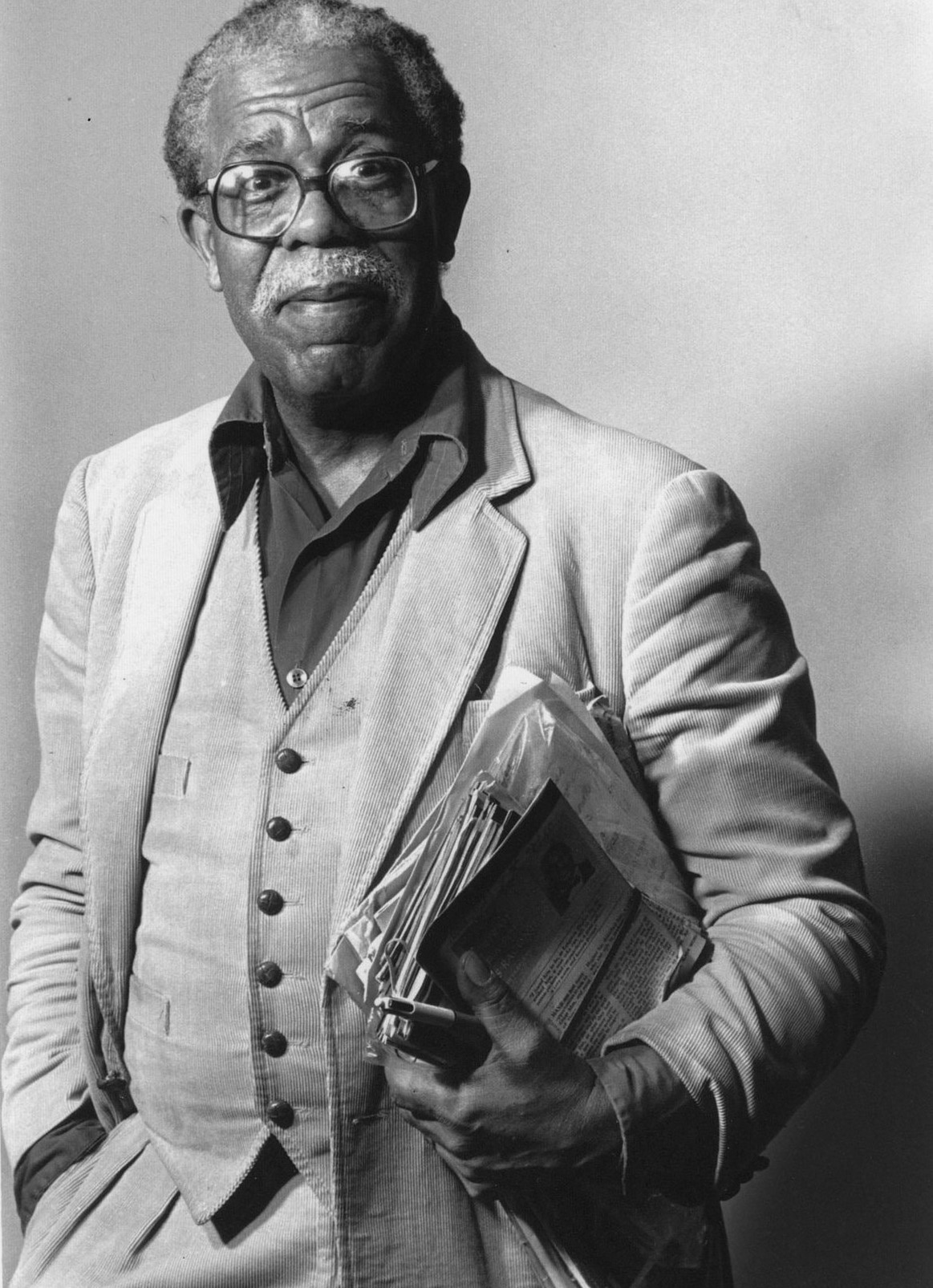 20th Century poet Dudley Felker Randall was born January 14, 1914 in Washington D.C.  He later moved to Detroit, Michigan. Born to Clyde and Ada Viola Randall, Dudley showed an interest in poetry at age four, writing lyrics to the song “Maryland, my Maryland” which was performed at a band concert in a Baltimore suburb.  At age thirteen, Randall won a sonnet writing contest, taking home the one dollar first place prize.

Dudley Randall earned his Bachelor’s degree in English from Wayne State University in 1949 and his Masters degree in Library Science from the University of Michigan in 1951.  While writing poetry he also served in the U.S. Army and worked for Ford Motors.  Later in life Randall became a publisher, editor, and librarian.  In 1965 he founded Broadside Press which over the next two decades produced the work of a number of African American writers. Their books helped reshape the American literary scene in the post-1960s era.

Randall’s own writings often explored racial and historical themes. He utilized ideas and forms from traditional western traditional poetry but his work was also influenced by the Harlem Renaissance writers.  Dudley Randall’s influences particularly include Harlem Renaissance writers Countee Cullen and Jean Toomer.  Randall wrote seven books, the one with his most widely known poems is Point, Counterpoem. His poetry also appears in a number of other anthologies and other publications.

Randall’s writings were original, unique and memorable. He wrote a number of haiku, triolet, dramatic monologue and sonnet poems.  Many of these types of poems could be found in his book, More to Remember.  His later poems focused much more on imagery and phrasing.

Before the publication of his book, Litany of Friends in 1981, Dudley Randall suffered deep suicidal depression, during which he created some of his most original poetry. In 1981, Randall was named poet laureate of Detroit by the current mayor Coleman A. Young.   Randall was married three times over the course of his 86 years of life.  He had one daughter, Phyllis Randall Sherron, by his first wife, Ruby Hudson.