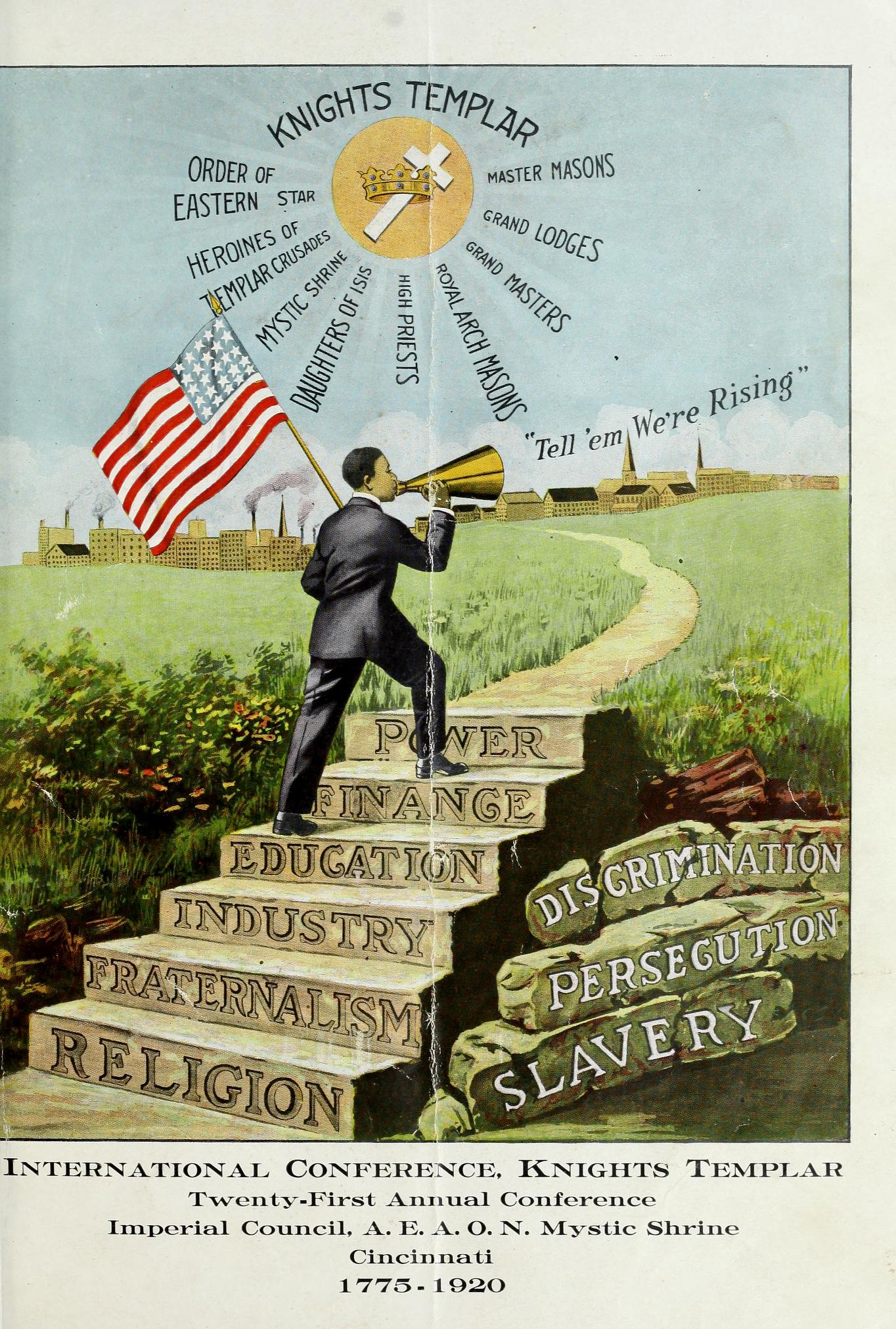 The Prince Hall Masons are the oldest and largest group of Masons of African origin in the world.  Today there are forty Grand Lodges of Prince Hall Freemasonry in the United States, Canada, the Bahamas, and Liberia.  These Grand Lodges preside over more than 5,000 lodges.  All of them claim descent from the Prince Hall Grand Lodge of Massachusetts which is traced back to the African Lodge No. 459.

Prince Hall, a native of Bridgetown, Barbados, West Indies, was freeborn on September 12, 1748, the son of Thomas Prince Hall, an Englishman, and a free colored woman of French heritage.  In 1765, at the age of 17, Hall worked for his passage on a ship to Boston where he became a leatherworker.  Eight years later, he had acquired property and was eligible to vote.

On March 6, 1775, Hall, who was a minister with a Methodist Church in Cambridge, Massachusetts, joined fourteen other free blacks of Boston who all became Masons at British Army Lodge, No. 58, then attached to one of General Thomas Gage’s regiments stationed in Boston.  Hall and the other newly initiated Masons were granted the authority to meet as a separate lodge, to march in parades, and to bury their dead.  They were not granted permission to confer degrees or perform any other Masonic work.

Nine years later on March 2, 1784, Hall petitioned the Grand Lodge of England, asking for a warrant for a charter that they had been denied by the white Masons of Massachusetts. The warrant was approved and Hall established the first lodge of African American Masons in North America known as African Lodge No. 459.

Although the status of the African American Masons improved, they were not considered a “full” Masonic lodge until 1787 when Prince Hall received a charter from the Grand Lodge of England, the mother of all Freemasonry. In 1787, African Lodge No. 459 became African Lodge No. 1 with Prince Hall as its leader.  The Masons were independent of the United Grand Lodge of England.  They created separate jurisdictions comprised of mostly African American members. In 1791, the Prince Hall Grand Lodge was founded to govern the three then existing black Masonic lodges with Prince Hall as its first Grand Master, a position he held until his death in December 1807.  Black Freemasonry evolved from the establishment of this Grand Lodge.

Due to prevalent racism and segregation in North America, it was impossible for African Americans to join most mainstream Masonic lodges until the late 20th century.  Yet, because Prince Hall Mason lodges were African American, North American Grand Lodges denounced Prince Hall Lodges and Prince Hall Masons, deeming them illegitimate and refusing to recognize their authority.  Until 1865 most Prince Hall lodges were in the North, but after the Civil War, black Masonry quickly spread across the South, often led by Northern-born Masons who became active in Reconstruction politics.

From Reconstruction until 1900, Prince Hall Masonry remained a highly prestigious but small fraternity. In the early twentieth century the membership rapidly expanded, lessening its exclusivity. Although all Masonic Lodges today are theoretically racially integrated, white Grand Lodges in Mississippi, Florida, Arkansas, Louisiana, South Carolina, Alabama, Georgia, and West Virginia still do not recognize Prince Hall Grand Lodge members as legitimate Masons. Nonetheless, the Prince Hall Masons include tens of thousands of black and some non-black members throughout the United States, Canada, the Bahamas, and Liberia.[/vc_column_text][/vc_column][/vc_row]