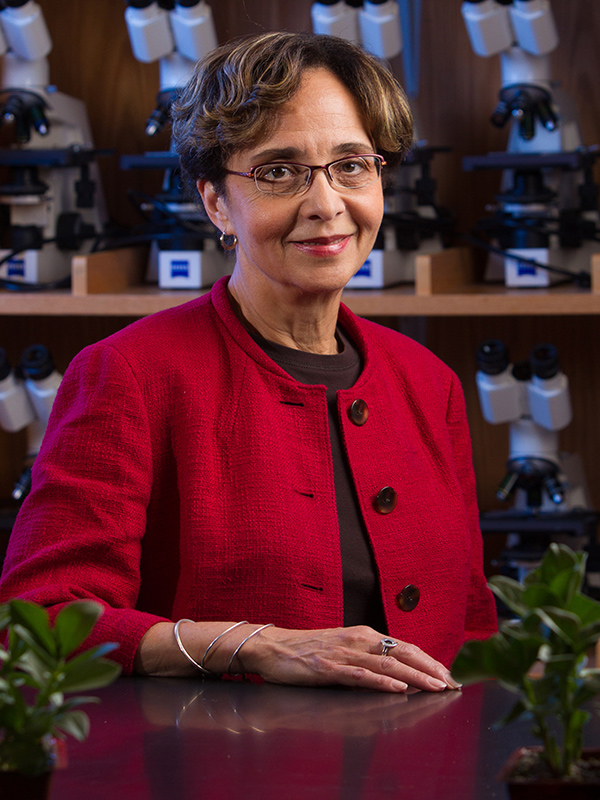 Muriel E. Poston is an accomplished botanist and dedicated educator working to increase underrepresented populations in science, technology, engineering, and mathematics (STEM). Her extensive science career crosses many universities and institutions, including Howard University, and the National Science Foundation. Her expertise in botany lies in the flora of Central and South America, specifically Panama, Nicaragua, and Ecuador with the neotropical family Loasaceae.

Poston was born on August 11, 1950 in Detroit, Michigan to Eloise and Paul Poston. She had two brothers, Paul and Donald. After the death of her father when Muriel was ten, her mother moved to family to Danville, California where Muriel’s uncle and his family lived.  On September 1, 1973, she married Everard H. Hughes, a noted physician who studied at University of California, Davis.

Muriel Poston grew up with a large extended family that always put an emphasis on higher education. There was never a question about whether she would attend college—just where.  Poston attended Stanford University for her undergraduate studies majoring in Biology. She then went on to earn her M.A. degree in 1973, and her Ph.D. in Biology in 1979, both from the University of California, Los Angeles. She worked at the Missouri Botanical Garden in Washington, D.C. where she was curator of the herbarium, before becoming an assistant professor in Howard University’s Botany Department in 1980.  She was promoted to associate professor in 1988. During her tenure at Howard, Poston was given little time away from her teaching load and departmental duties to conduct research.  As the Botany Department got absorbed by the Biology Department, Poston became more frustrated with the lack of importance placed on the science. She didn’t see space for her to advance in the field and decided to pursue a career in law.

Poston earned her J.D. from the University of Maryland in 2001. She used her law degree to work in the field of environmental law and policy.  She spent over twenty years at Howard University as a professor. She chaired the University’s Natural Science Division and Academic Policy and Standards Committee, as well as the Faculty Senate. In 2002, Dr. Poston became the program director with the National Science Foundation, and a year a half later was named Deputy Division Director for the foundations division of Biological Infrastructure. She enhanced infrastructure for biological research facilities and worked on initiatives to broaden the participation of underrepresented students in STEM, including women, people of color, and those with disabilities.

In 2005 Poston accepted a position at Skidmore University where she worked as a professor of Biology, and Dean of Faculty until 2011. From 2011 to 2012, she served as the Division Director for the Human Resources Division in the Education Directorate at the National Science Foundation. In 2012, Dr. Poston accepted a position at Pitzer University as Dean of Faculty and Vice President for Academic Affairs. She is a Professor of Environmental Analysis there.