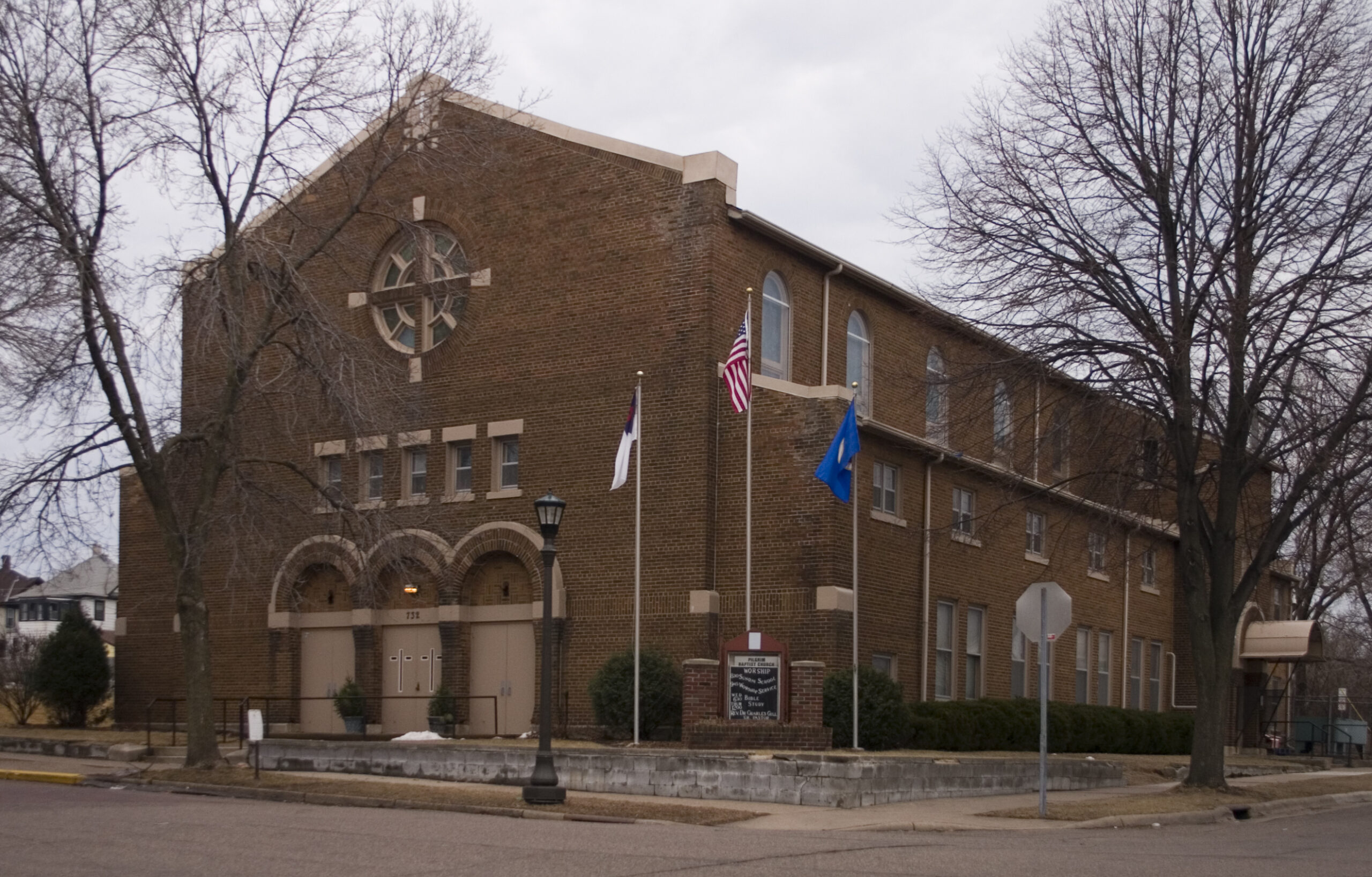 Pilgrim Baptist Church in Saint Paul, Minnesota, is the oldest African American church in the state of Minnesota. A group of escaped slaves began worshiping together in 1863, and under the leadership of fellow escaped slave Robert Thomas Hickman, the church officially became Pilgrim Baptist Church on November 15, 1866. On this day, Robert Hickman led a baptismal service on the Mississippi River in St. Paul.

Hickman led a group of around 50 escaped slaves from Boone County, Missouri to St. Paul, traveling on the Underground Railroad at the height of the Civil War. Migrating by boat, the group called themselves “pilgrims.” Hickman’s owner had taught him to read and gave him permission to preach to other slaves, cementing him as the group’s leader. Descendants of this original group still worship at Pilgrim Baptist.

Although the church was originally located on Sibley Street, Pilgrim Baptist moved to its current home and building in the Rondo neighborhood of St. Paul in 1928. This building is listed on the National Register of Historic Places. The church struggled a bit after the construction of Interstate 94 divided its neighborhood in the late 1950s. However, a migration of black professionals to the Twin Cities of Minneapolis and St. Paul, Minnesota in the 1980s stimulated its membership rolls.

Like many African American churches, the congregation’s mission has always extended past the strictly religious. Its leaders have been active and outspoken in the fight against discrimination and equality in education. The group has pushed for the integration of multiple schools, helped African Americans achieve the right to vote in Minnesota, and supported pedestrian bridges over Interstate 94. Pilgrim’s building has hosted meetings of the Brotherhood of Sleeping Car Porters, education and youth community groups, and Alcoholics Anonymous. The church served as the birthplace of St. Paul’s National Association for the Advancement of Colored People (NAACP), Urban League, and the Hallie Q. Brown Community Center (now the Martin Luther King Center). Pilgrim has multiple charitable operations, including a food shelf, a clothing shelf, and a prison ministry.

There is some debate as to what the oldest African American church in Minnesota actually is. Parishioners from what is now Mother St. James AME Church in Minneapolis also started meeting in 1863, but Pilgrim Baptist formalized more quickly after securing church space and naming its first pastor. Congresswoman Betty McCollum officially honored Pilgrim’s 150 year anniversary in the United States House of Representatives. The congregation has even received a congratulatory letter from President Obama.

At one point, the church had 1,000 members, but its membership has significantly declined since then. Nevertheless, Pilgrim Baptist remains quite active at 732 West Central Avenue in Saint Paul, Minnesota.