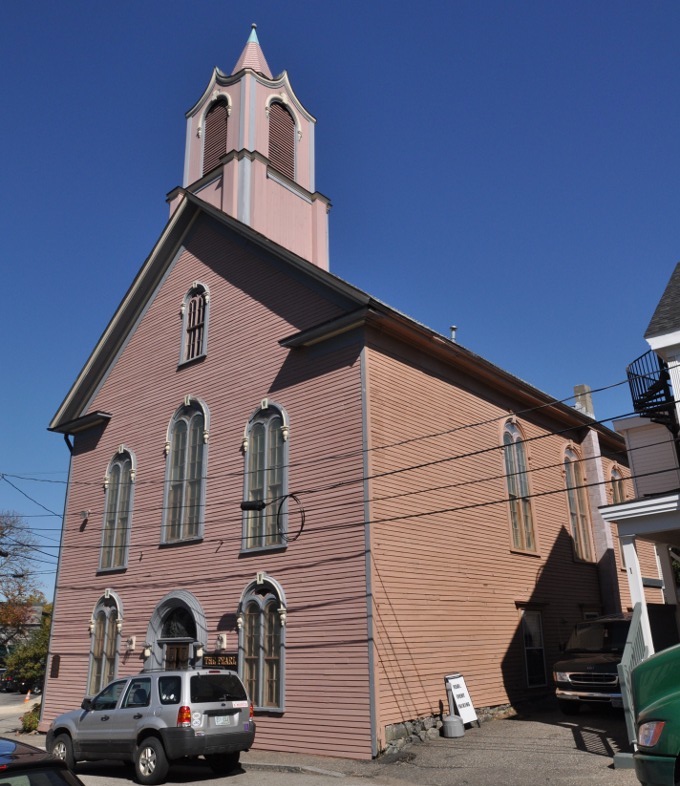 People’s Baptist Church in Portsmouth, New Hampshire, thrived for the first half of the 20th century as the state’s first and only black congregation.  It served a New England coastal community where African Americans represented 4% of the population.  People’s Baptist was the spiritual home and cultural anchor for many in the small community. In 1968, however, the congregation voted to dissolve People’s Baptist after losing many former members who formed a new church that would carry on its legacy.

The congregation that would become People’s Baptist Church began in 1873 when, under the leadership of Rev. Edmund Kelly, a group of people met first in private homes and later in Portsmouth’s former community meeting house. That arrangement continued until Rev. Kelly was called away to help organize black churches in eastern Massachusetts.  The group continued to meet under the leadership of Elder John Tate.

In 1889, James F. Slaughter moved to Portsmouth and led the multi-denominational group which formed People’s Mission.  In 1893, by a vote of 12 to 5, People’s Baptist Church was formally established.

The first minister of People’s Baptist Church was James Randolph.  Twelve years later, while still meeting in the Portsmouth Town Hall and under the leadership of Reverend John L. Davis, members of People’s Baptist raised $2,000 for the acquisition of their own building.  They purchased a church building at 45 Pearl Street that had been built in 1857. Reverend Davis conducted People’s first service there on June 6, 1915.  The edifice at 45 Pearl Street became the first black-owned church building in the State of New Hampshire.

Although Rev. Randolph was the first pastor of People’s Baptist Church, Deacon Slaughter was celebrated as the church founder.  Slaughter served People’s Baptist throughout his lifetime including the 20 years he worked as a sexton at the predominantly white North Congregational Church founded in 1671.

As one of only two African American churches in northern New England for several decades of the 20th century — Green Memorial African Methodist Episcopal Zion Church in Portland, Maine was the other — People’s Baptist Church was well-known within and beyond the region.  Rev. Adam Clayton Powell, Sr. was among the many distinguished public figures to speak from its pulpit in the 1930s.  Black seminarians at Harvard and Boston University were eager to accept an invitation to practice-preach at People’s Baptist.  In 1952, a young Martin Luther King, Jr., already a dynamic orator while still a divinity student at Boston University, delivered the 59th anniversary keynote address in a program that also included a visiting choir with its soloist, Miss Coretta Scott.