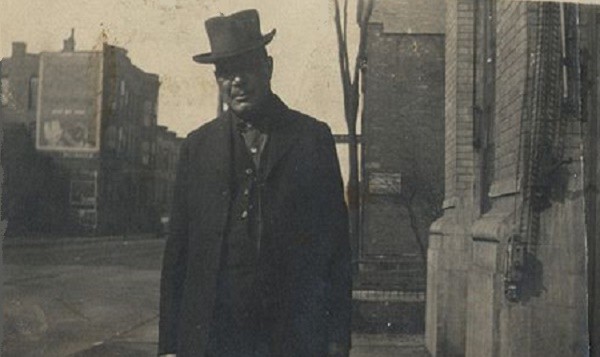 Born on September 16, 1860, William D. “Bill” Foster was a late 19th/ early 20th century showman who was among the first to prove the commercial viability of making Black-cast films and marketing them to Black audiences. He was the first African American to establish a movie production organization, the Foster Photoplay Company, which he started in Chicago in 1910. Although his company only lasted a few years, Foster managed to rack up a number of firsts that paved the way for the 20th century “race film” industry. Race films were to provide Black audiences with realistic alternatives to demeaning Hollywood stereotypes in the period 1913-1950.

Not much is known of Foster’s early life. He worked as a publicist for Black performers, most notably the comedy team of Bert Williams and George Walker. Using the pen name of Juli Jones, he also worked as an actor and a journalist. In the latter role, he covered the Black entertainment scene for the Chicago Defender and other publications.

With the 1906 opening of Chicago’s Pekin Theater, one of the emporiums catering to Black audiences (the most famous of which was the Apollo in Harlem), Foster moved to the Windy City as the booking agent for the new venue. In this capacity he met many Black vaudeville artists. Bolstered by these contacts, Foster founded a company to make films for African American audiences.

Foster followed the taste of the times in producing short slapstick comedies. His first film was The Railroad Porter (also released as The Pullman Porter), a two-reeler in which the title character discovers his wife with another man, a waiter. The porter threatens to shoot him, causing the unwanted rival to leave and return with his own pistol. All ends without bloodshed.

While the “All-Colored” characters and storyline of The Railroad Porter might not seem vastly different from those of white-produced comedies of the era, Foster’s films focused on gainfully employed respectable characters who were capable of mature romantic relationships, far removed from white-produced films that featured Black characters as watermelon gulpers and chicken thieves.

The Railroad Porter and other Foster films The Fall Guy, The Butler, and The Grafter and the Maid (all made in 1913), and The Barber (1916), had limited success in the Chicago and New York markets, but—like nearly all race films—suffered from the absence of a regular distribution network and thus never reached a nationwide audience. All of these films are now considered lost.

By 1917, Foster had shut down his company. He then worked as a distribution manager for the Chicago Defender and later produced some musical shorts with Black artists in Hollywood during the sound era, but a later attempt to establish a new film production company failed. Nonetheless Foster’s foot-in-the-door achievement had set an important example for the post-Birth of a Nation race film producers such as George & Noble Johnson and Oscar Micheaux, who would soon follow. William D. Foster died in Los Angeles on April 15, 1940 at the age of 79.