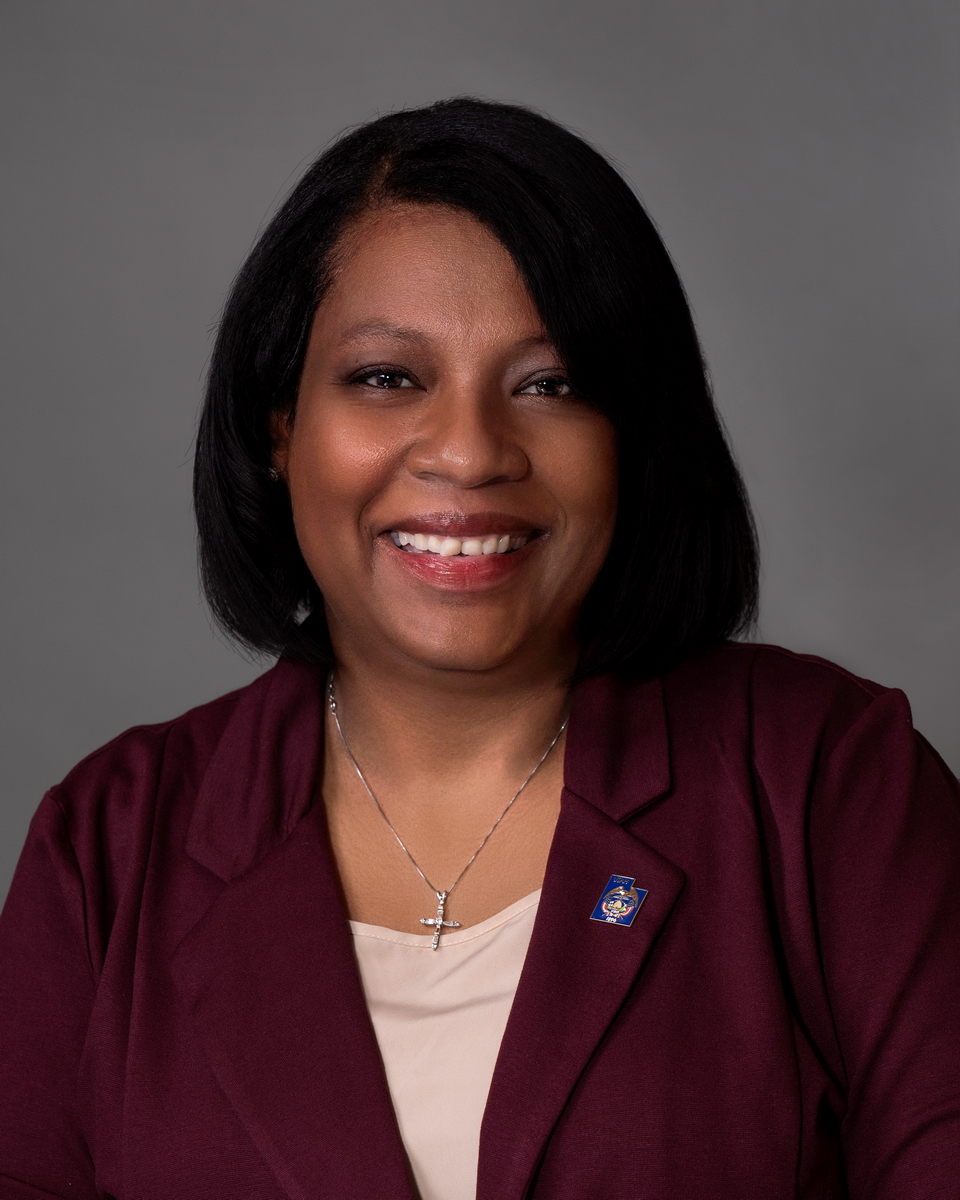 Sandra Hollins is the first African American woman to serve in the Utah State Legislature. She was born in New Orleans, Louisiana on May 11, 1970 to Iola Robinson-Seals and Freddie Seals II.  In 1988, Hollins graduated from McDonough #35 High School and enrolled in Mississippi Valley State University. While there, she met her future husband, David Hollins, who worked as an intern with the Forestry Service in Utah.  Upon his graduation, the couple married and moved to Utah in the early 1990s.

Hollins soon enrolled at the University of Phoenix and received her bachelor’s degree in business management in 2002.  In 2009, she pursued a master’s degree in social work from the University of Utah’s College of Social Work.  After completing her graduate studies, she began working as a licensed social worker in Salt Lake City, specifically focusing on substance abuse and advocating for the city’s homeless population.  She also managed the homeless outreach program at Volunteers of America Utah branch. Her work with marginalized populations would lead to her entrance into state politics.

During her tenure as senator, Hollins sponsored numerous bills in the House including House Bill 156, or “Ban the Box,” which supported the removal of questions and checked boxes from job applications regarding an applicant’s criminal records. Shortly after the death of George Floyd in June of 2020, Hollins sponsored House Bill 5007 which banned the use of chokeholds, carotid restraints, and other restrictive methods (such as the use of a knee or neck) that impeded a person’s breathing or blood circulation leading to an unconscious state. The bill was signed into law on June 25, 2020.

On November 3, 2020, Hollins won reelection with over 70 percent of the votes. She has recently introduced House Joint Resolution 13 in February of 2021 that makes lawmakers accountable to address, fund, and support solutions which strategically reduce the long-term impact of systemic racism on the quality of life and health for citizens of color in the state.

Hollins and her husband live in the Fair Park neighborhood of Salt Lake City.