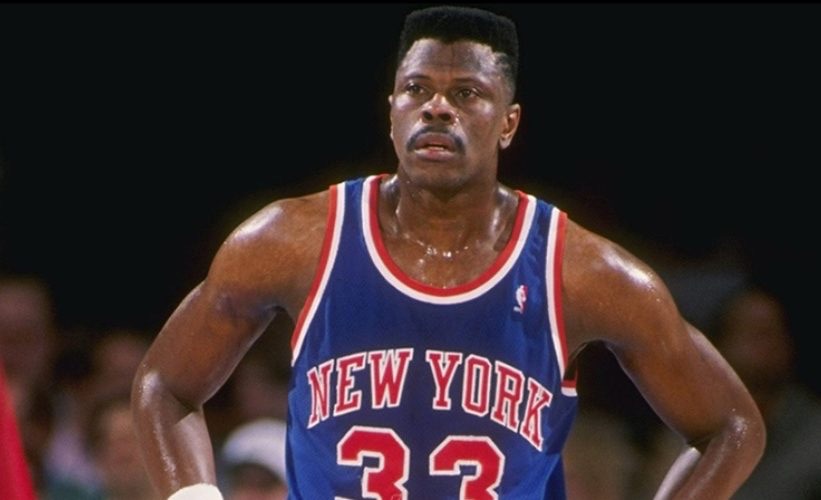 Patrick Aloysius Ewing is a professional basketball player and coach who played in the National Basketball Association (NBA) for 17 seasons for the New York Knicks, Seattle Supersonics (Now Oklahoma City Thunder), and Orlando Magic. Ewing was born on August 5, 1962 to Dorothy Ewing and Carl Ewing in Kingston, Jamaica. Ewing’s parents emigrated from Jamaica to Cambridge, Massachusetts with him and his siblings.

Ewing attended Cambridge Latin School in Cambridge, Massachusetts where he joined the school basketball team. After graduating from high school, Ewing signed a letter of intent to play for the Georgetown Hoyas Men’s basketball team at Georgetown University that was then coached by John Thompson. During his freshman season (1981-1982), Ewing led the Hoyas to their second Big East Tournament Championship. Ewing and the Hoyas advanced to the NCAA Final Four where their opponents were the North Carolina Tar Heels Men’s Basketball Team that included future NBA superstar Michael Jordan. Ewing and the Hoyas lost to the Tar Heels after Jordan made a shot that gave his team the lead to win the game.

Ewing made himself eligible for the 1985 NBA Draft where he was the 1st overall pick by the New York Knicks. During his time playing for the New York Knicks he was NBA Rookie of the Year in 1986- and 11-times NBA All Star. Ewing was also a member of the 1992 United States Men Basketball Dream Team that won gold in Barcelona, Spain.

Ewing helped the Knicks to get to two NBA Finals in 1994 and 1999 where they lost to the Houston Rockets and San Antonio Spurs, respectively. Ewing continued to play for the Knicks until after the 1999-2000 NBA season. Then he played for the Seattle Supersonics (2000-2001) and Orlando Magic (2001-2002) before retiring from the NBA at the end of that season at the age of 40.

After retiring, Ewing became an NBA assistant coach for the Washington Wizards, Houston Rockets, Orlando Magic, and Charlotte Hornets. In 2017, Ewing became head coach of the Georgetown Hoyas. On May 22, 2020, Ewing tested positive for COVID-19, the coronavirus.

Patrick Ewing was at one-time married to Rita Williams. The couple had three children before divorcing in 1998. One of those children, Patrick Ewing Jr was at one time a professional basketball player for several NBA G League teams in his careers including Reno Bighorns (Now Stockton Kings), Sioux Falls Skyforce, and Iowa Energy (Now Iowa Wolves).