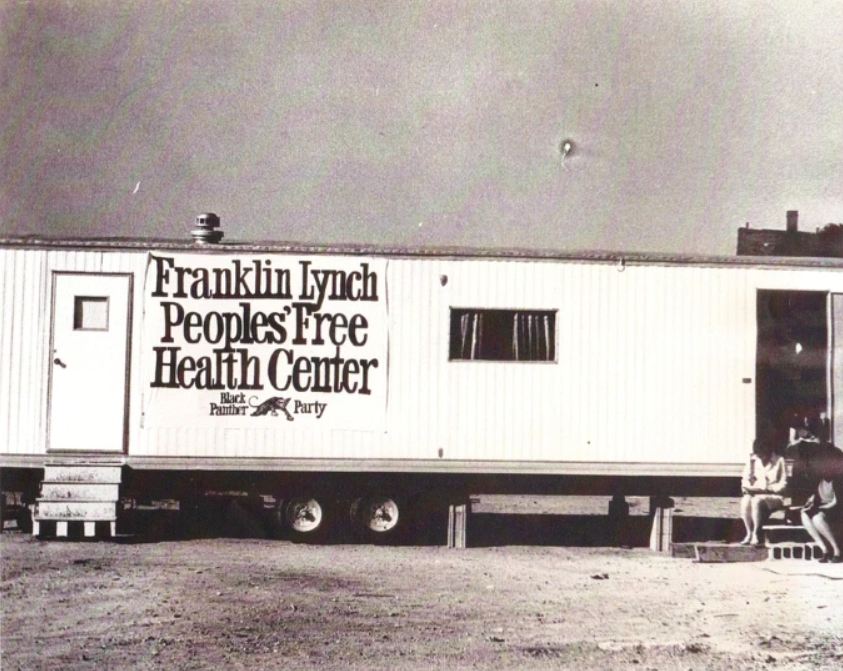 In 1966 Huey Newton and Bobby Seale created the Black Panther Party (BPP) to fight police oppression of blacks in Oakland, California. Two years later the BPP started Peoples’ Free Medical Clinics (PFMC) because of systemic discrimination against blacks in hospitals and private medical practices. The 1965 Medicare and Medicaid Act made it illegal to provide federal funding to any hospital or medical practice that excluded racial and ethnic minorities. However, that regulation was not enforced, and most blacks still received medical services from poorly funded public hospitals and clinics.

In 1968 BPP chapters in Kansas City, Chicago, and Seattle established the first PFMCs. These services were an alternative to President Lyndon Johnson’s Great Society community health centers. Ten additional clinics were opened in 1970 when the BPP required that all chapters establish PFMCs.

Although sickle cell anemia was identified in 1910, there was little public attention and funding. The BPP provided its own national screening program through these clinics. In fact, the Party’s widespread community education about sickle cell anemia and the government’s neglect of the disease caused the U.S. Congress to pass the National Sickle Cell Anemia Control Act of 1972. The Act created national genetic counseling, testing, and research to diagnose and treat sickle cell anemia.

Unfortunately, PFMCs were often harassed by city health inspectors, subjected to police raids, and had difficulty maintaining consistent volunteer medical staffing. These multiple problems led to the gradual closure of all PFMCs except for Seattle’s clinic. Elmer Dixon, co-founder of Seattle chapter, secured federal funding so the clinic could continue as a freestanding clinic. In 1978 the clinic reopened as the Carolyn Downs Family Medical Center, named for a dedicated Panther community organizer. This clinic is the only one of the 13 PFMCs that is still operating.

Except for sickle cell anemia, mainstream media and academia have paid little attention to the contributions of PFMCs until Alondra Nelson’s 2011 book, Body and Soul: The Black Panther Party and the Fight against Medical Discrimination, documented the full history and legacy of BPP’s health activism. Her book led the American Journal of Public Health in 2016 to devote an entire issue to the public health legacy of the PFMCs. This legacy is especially important now. The disproportional infection and death rate of blacks and Latinos during the Covid-19 pandemic and the police killings of George Floyd and other blacks are raising public recognition that institutional racism is America’s biggest public health crisis.