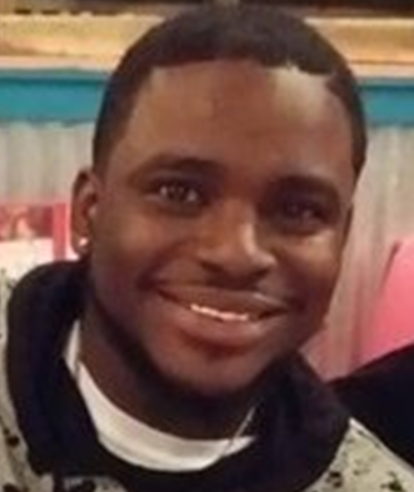 Michael Dean was a 28-year-old man who was shot and killed by a police officer during a routine traffic stop in Temple, Texas. Dean was born on May 5, 1991 to Moses and Christine Dean Jr. in Waco, Texas. He graduated from Temple High School in 2010 and pursued a business degree at Temple College. He also attended A New Day Fellowship Church in Temple. Known as “Mike” to family and friends, Dean had three daughters, Ah’Nyla Lanae, Te’Yanna Prenique, and Destiny Lariah.

On the evening of December 2, 2019, Temple Police Officer Carmen DeCruz observed Michael Dean speeding and attempted to pull him over. Dean did not stop immediately which led to a short pursuit. When Dean stopped his vehicle at an intersection, DeCruz used his squad car to block Dean’s vehicle. The officer approached Dean with his service weapon drawn and ordered him to turn off the engine and hand over the keys. As DeCruz reached for the keys with his left hand, he fired the gun with his right hand. The bullet struck Dean in the head. DeCruz attempted to offer medical assistance but Dean died on the scene. Dean was unarmed at the time of the shooting.

The Texas Rangers arrived on the scene and immediately assumed control of the investigation. The Southwest Institute of Forensic Sciences declared Dean’s death a homicide. DeCruz told investigators he fired the gun inadvertently, but Dean’s family questioned why the officer, a 9-year veteran of the police force, pointed the weapon directly at Dean who did not pose a threat to public safety. They also noted that the stretch of road where DeCruz first attempted to pull Dean over was dark and had no streetlights. They believed Dean was merely pulling ahead to a well-lighted intersection for his own safety.

In February of 2020, DeCruz was charged with manslaughter, a second-degree felony. Lee Merritt, the attorney for Dean’s family, called the charge inadequate and pressed for a first-degree murder change. The Temple Police Department has refused to release dashboard and body-camera footage of the incident. The local chapter of the NAACP led a march a few days after the incident and continues to protest the failure of the Texas Rangers and other authorities to provide information about the investigation.

The case is still pending.