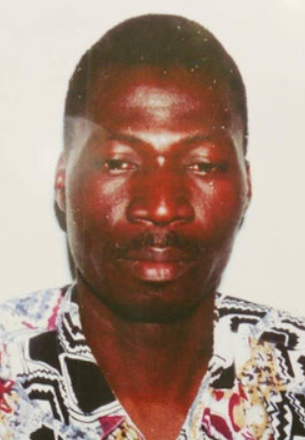 Ousmane Zongo was a 43-year-old arts trader from Burkina Faso who was shot and killed by a New York City police officer during a raid on a warehouse in 2003. His death drew parallels to another controversial police shooting, the killing of Amadou Diallo in 1999. In addition to being unarmed, both men were African immigrants who died during confrontations with NYPD officers in plain clothes.

Ousmane Zongo was described by his friends as a quiet, gentle man who worked tirelessly to send money to his wife Sali Mata Sanfo and their two small children in Burkina Faso. The couple had a 5-year-old son, Fataw, and a 3-year-old daughter, Fadilatou. On May 22, 2003, New York City police officers raided a Manhattan warehouse, believing it to be the location of a CD/DVD counterfeiting operation. The warehouse also housed an African art bazaar where Zongo repaired art, furniture, and musical instruments in his third-floor studio. Zongo, who had no criminal record, was not involved in the CD/DVD infringement case and was not a target of the police raid.

The events that led to Zongo’s death began when he exited his studio and encountered undercover NYPD officer Brian Conroy who was disguised as a postal worker and guarding a bin of counterfeit CDs. He later claimed that he had worn his badge on a chain around his neck, but eyewitnesses argued that he did not display any police identification.

Since there did not exist any surveillance cameras in the warehouse nor witnesses who saw the encounter between Conroy and Zongo, details of the incident were provided exclusively by the officer at the grand jury and the subsequent criminal trials. Conroy testified that he drew his service pistol, pointed it at Zongo, and ordered him to halt. He claimed that Zongo lunged at him and attempted to take his gun twice. Conroy then began chasing Zongo through the corridors of the warehouse. The chase ended in a dead-end hallway where Conroy fired his service weapon four times, striking Zongo in the chest and the abdomen. He died a few hours later at a hospital.

In August of 2003, Zongo’s wife traveled to New York with his brother, Daouda Zongo, to meet with Police Commissioner Raymond Kelly. The Rev. Al Sharpton facilitated the meeting and asked for an investigation of the incident. A year later, Zongo’s family filed a civil rights lawsuit against Conroy and the city of New York, alleging a violation of his civil rights. The suit was settled for $3 million in 2006.

In March of 2005, Conroy faced trial for second-degree manslaughter, which carried a maximum sentence of 15 years in prison. The jury deadlocked 10-2 in favor of conviction. At a second trial that October, this time by judge, not jury, Justice Robert H. Straus convicted the officer of criminally negligent homicide. Conroy was sentenced to five years’ probation and 500 hours of community service. Zongo’s family was disappointed in the sentence, believing the officer deserved jail time for the murder.