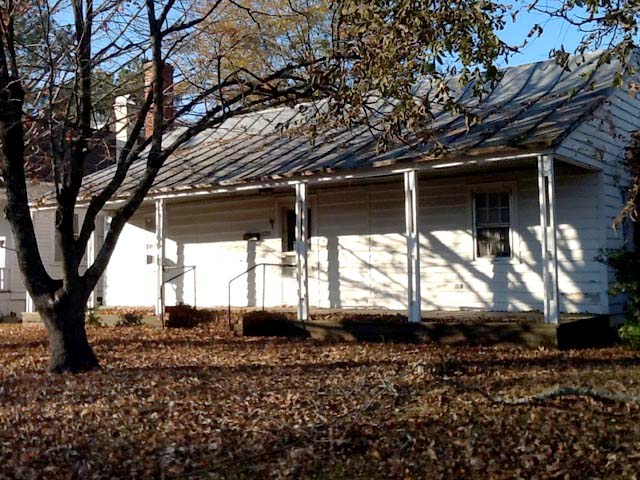 Mary Virginia Wood is best known as the mother of poet, diarist, and abolitionist Charlotte Forten, but she was also an abolitionist in her own right. Born enslaved in Hertford, Perquimans County, North Carolina, Mary was the eldest of the four daughters of wealthy planter James Cathcart Johnston (1782-1865) and his mixed-race mistress, Edy Wood (1795-1846). Mary and her mother were owned by Captain James Wood of Hertford’s Eagle Tavern and Inn. Mary’s grandfather was North Carolina governor Samuel Johnston.

In 1832, James Cathcart Johnston anonymously emancipated 17-year-old Mary, along with her mother and sisters, through the services of a Quaker businessman in Baltimore. When Mary relocated to Philadelphia in 1833, she and each of her siblings had an account set up at the Philadelphia Saving Fund Society by the wealthy black barber, Frederick Augustus Hinton. Hinton also arranged for the family to rent a home on Pine Street from Sarah Allen, the recent widow of Bishop Richard Allen of AME Mother Bethel Church. Within months of their arrival, Mary Virginia Wood had signed on as a charter member of the interracial Philadelphia Female Anti-Slavery Society and of the Female Vigilance Association which raised money to feed, clothe, and shelter fugitive slaves in the members’ own homes.

In the fall of 1835 Mary Virginia Wood’s family moved from Pine Street to the largely white neighborhood of Spring Garden where they boarded in the three-story home of their friend Elizabeth Willson, a formerly enslaved mixed-race woman from Augusta, Georgia, whose white merchant husband had left her a substantial fortune. Willson’s daughter, Elizabeth Willson, married Frederick A. Hinton in 1837 and her son, Joseph Willson, would, in 1841, publish the book Sketches of the Higher Classes of Colored Society in Philadelphia, which details the life and culture of the city’s black elite, including the Forten, Purvis, Cassey, Burr, and Douglass families.

Mary kept a friendship album, one of only four extant antebellum African American friendship albums, filled with poetry and art contributed by her friends. She also contributed her own poem, “Good Wives,” to the album of her friend, Amy Matilda Cassey. In 1836 Mary Virginia Wood married Robert Bridges Forten, the son of the equal rights activist James Forten.

Mary’s daughter, Charlotte Louise Forten, arrived in 1837, and her son, Gerrit Smith Forten, in 1839. The baby boy died in May 1840 and Mary, ill with consumption, died three months later at the age of 25. Daniel Alexander Payne, an AME pastor and member of the Underground Railroad’s Vigilant Committee, had been Mary’s spiritual advisor and was present at her death. He was so moved by her piety that he published an account of her deathbed scene, titled “The Triumphant End of Mrs. Mary Virginia Forten.”