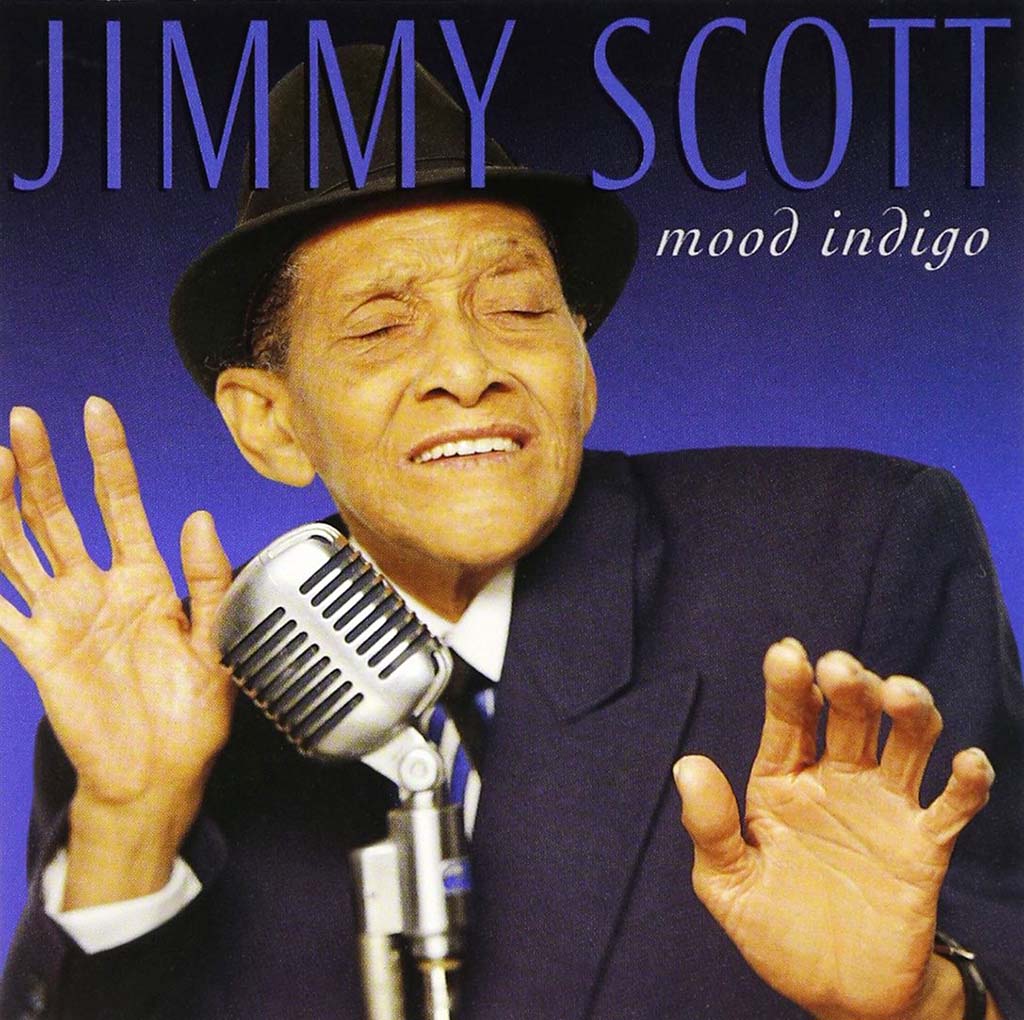 James Victor Scott, born July 17, 1925, in Cleveland, Ohio to Arthur and Justine Stanard Scott, was a jazz vocalist known as “Little” Jimmy Scott. Due to a rare genetic condition (Kallmann’s syndrome), Scott sang with an unusually high contralto voice. The condition also stunted his growth at 4’11,” but at age 37, he grew another 11 inches to the height of five feet seven inches.

Scott’s professional career got its break in 1949 when he was hired by Lionel Hampton and billed as “Little Jimmy Scott.” Soon afterwards, he recorded his big hit, “Everybody’s Somebody’s Fool.” Unfortunately, his name never appeared on the record, nor did he receive any royalties for the jukebox hit.

His vocal delivery had a youthful sound that emitted heavy emotions and often dramatically drew out the lyrics. Scott’s vocal technique drew praise from a host of other artists such as Billie Holiday, Nancy Wilson, and Madonna. In a PBS documentary on the history of jazz, Ray Charles described Scott’s style as soulful, long before the term became popular.

His career was somewhat stagnated by record company disputes. Savoy records (contract signed, 1955) blocked Scott from making an album with Ray Charles in the 1950s, stating that it had an exclusive, lifetime contract with him which lasted nearly 20 years. He did not resume his recording career until the 1990s. During this low period in his life, Scott returned to Cleveland where he worked as a hotel clerk and as a nursing home aide.

Most of Scott’s success came later in life when, at age 67, he was rediscovered by a Warner Bros. Records executive who heard him sing at a friend’s funeral. The result was the hit recording of “All The Way.” He received a Grammy nomination for his album of the same name, “All The Way.” The album debuted on the charts in 1992 but only sold 49,000 copies in the U.S. However, he gained international popularity in Europe and Asia, especially in Japan, where his performances were often sold out.

Scott produced several more recordings including the jazz-gospel albums including Heaven (1996) and Mood Indigo (2000) under the Sire and Milestone labels. Scott also appeared in a documentary Jimmy Scott: If You Only Knew and was the subject of a biography, Faith In Time: The Life of Jimmy Scott written by David Ritz, published September 4, 2003. In 2007, Scott received the National Endowment for the Arts Jazz Master Award.

During much of his life, Jimmy Scott was a heavy smoker and drinker. He passed away on June 12, 2014 in Las Vegas, Nevada. He had suffered from a long illness due to congestive heart failure. He was 88 years old.