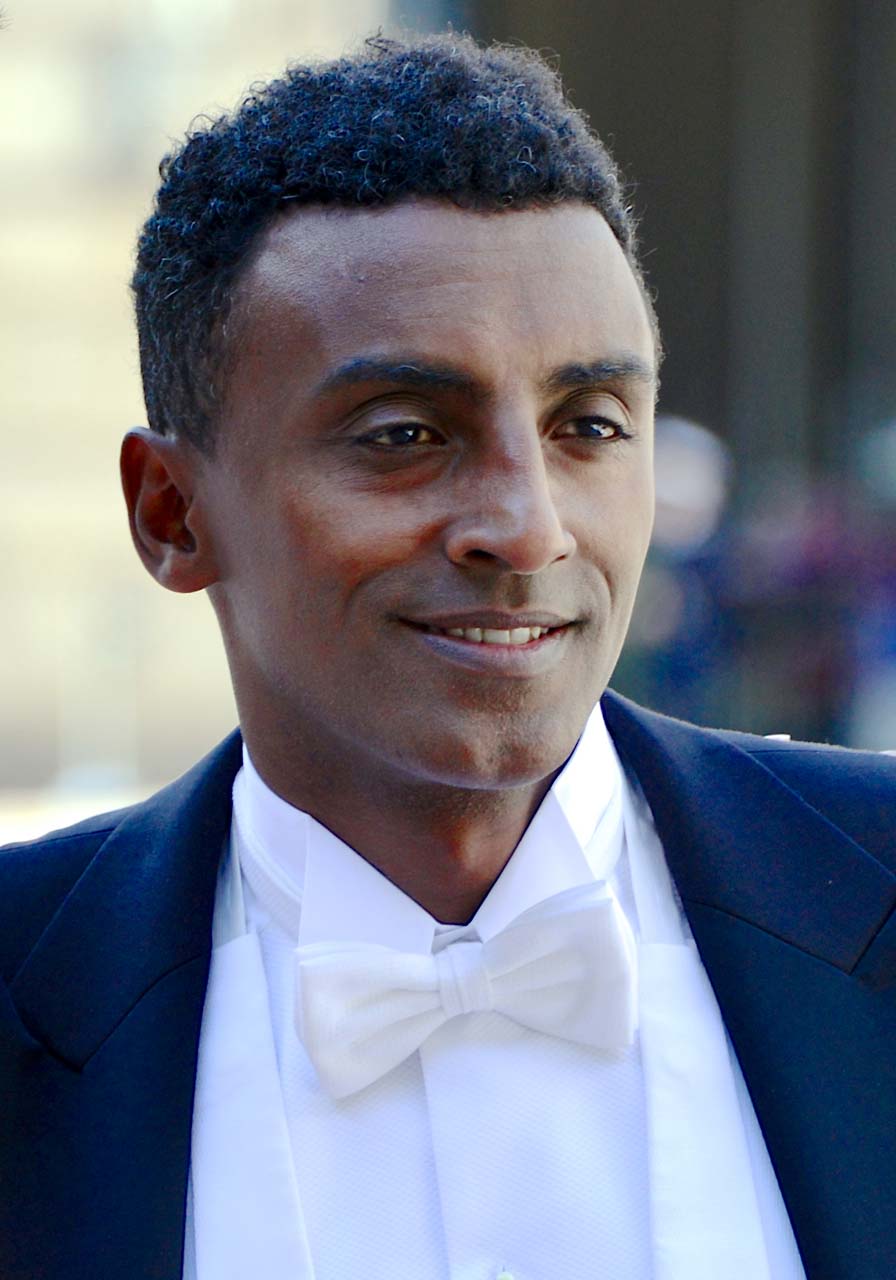 Marcus Samuelsson is an Ethiopian-Swedish chef and restaurateur. Samuelsson was born Kassahun Tsegie on January 25, 1973, in Ethiopia. His father was President of the Ethiopian Orthodox Tewahedo Church. His unnamed mother died during the Ethiopian tuberculosis epidemic of 1974. Samuelsson and his sister, Fantaye, later were separated from their father the during the Ethiopian Civil War and in 1974 adopted by Ann Marie and Lennart Samuelsson from Gothenburg, Sweden. During the Civil War and resultant famine, numerous European, Canadian, and U.S. couples adopted Ethiopian orphans. Because of their adoption, Kassahun and Fantaye took the couple’s last name, Samuelsson. Kassahun also adopted the name Marcus.

Samuelson’s adopted Swedish grandmother Helga taught him how to cook which, as he later claimed, helped develop his passion for cooking. In 1989, 16-year-old Samuelsson enrolled at the Culinary Institute in Gothenburg, Sweden. He was later apprenticed in Switzerland in 1989 and in France from 1992 to 1994.

In 2011 Samuelsson founded the foodie website Food Republic and in 2012 he opened his fourth restaurant, Ginny’s Supper Club. Now considered one of the most popular chefs in the United States, Samuelsson teamed with Clarion Hotels to create a restaurant concept called Kitchen and Table. The concept includes Samuelsson’s New York City multicultural mix of flavors and cuisine which, while influenced by Scandinavia, also features local ingredients.

By this point Samuelsson was a visiting professor of international culinary science at the Umea University School of Restaurants and Culinary Arts in Sweden and an advisor to the Institute of Culinary Education in New York City.

Samuelsson is also author of numerous books including Aquavit and the New Scandinavian Cuisine (2003), The Soul of a New Cuisine: A Discovery of the Foods and Flavors of Africa (2006), New America Table (2009), and Yes, Chef: A Memoir (2012). That year he also authored a Swedish cookbook called En Smakresa: Mmiddagstips from Marcus Samuelsson.

Samuelsson is married to model Gate Haile. The couple have a son, Zion Mandela, and Samuelsson has a daughter, Zoe, from a previous relationship. The family splits its time between New York City and Stockholm, Sweden.