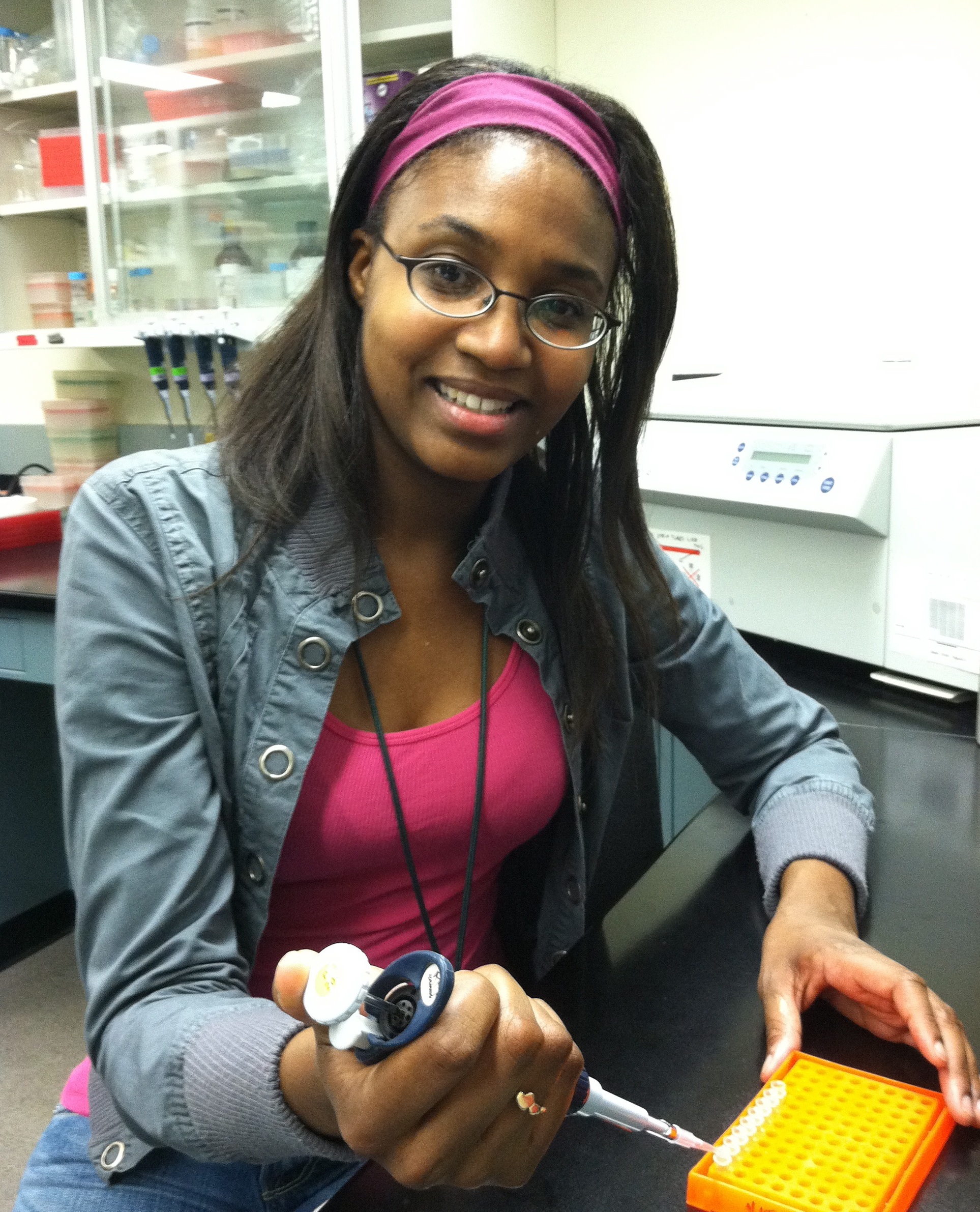 Lynika Strozier was a researcher, scientist and instructor. She was born in Birmingham, Alabama on August 28, 1984. At six months old, her mother brought her to Chicago, Illinois, and at six years old, Strozier went to live with her grandmother, Sharon Wright. By the age of eight, Strozier was diagnosed with a learning disability. During elementary school, Strozier’s grandmother arranged for her to spend her weekdays in class, and her Saturdays with a reading instructor.

Strozier graduated from Nicholas Senn High School in Chicago and received a full scholarship to attend the University of Northern Iowa. The transition of location and higher education classwork proved difficult, and she failed in her first year. She returned to Chicago, and enrolled in local Truman College, where she was encouraged to study science. Her instructors helped her through her learning disabilities, developing a system that worked for her, as a visual learner. Strozier drew pictures and diagrams of information and did all her calculations long hand. By the time she made a presentation at Argonne National Laboratory at the University of Chicago in 2007, no one knew she ever had a learning disability.

For her intern work, Strozier worked at DePaul University and Chicago’s Field Museum of Natural History, where she discovered her love for and gift in lab work. She received her Bachelor of Science from Dominican University, Illinois, in 2011. Strozier first began working as a Research Assistant at the Field Museum in the Pritzker DNA Lab in 2011. She was crucial in a process extracting DNA from fifteen-year-old minuscule dried plant material and contributed her findings in a 2012 publication of PhytoKeys.

While working in the Pritzker DNA Lab. Strozier obtained a master’s degree in biology from Loyola University and a second M.A. in Science Education from the University of Illinois at Chicago, both in 2018. For her graduate work, she sequenced the DNA of approximately two hundred individual birds from three known but rare Madagascar bird species. She then analyzed the datasets and discovered several new species that could not be determined by appearance alone. Following her graduations, Strozier worked as a lab coordinator and managed the Science Lab and Bio Art Lab at the School of the Art Institute of Chicago, while she continued to work for the Field Museum.

In 2019, Strozier began working as an Adjunct Professor at Malcom X College in Chicago, teaching biology. In March 2020, the Gantz Family Collections Center at the Field Museum awarded her the honorary role of Collections Associate, a position she was unable to enjoy due to the restrictions imposed by the Coronavirus global pandemic.

Lynika Strozier died on June 7, 2020 of COVID-19 at the age of 35. Her family has raised over $80,000 through a GoFundMe initiative, and plans to use the monies for medical and funeral expenses, as well as a establish a scholarship in Strozier’s name for young African American women at STEM institutions in Chicago.