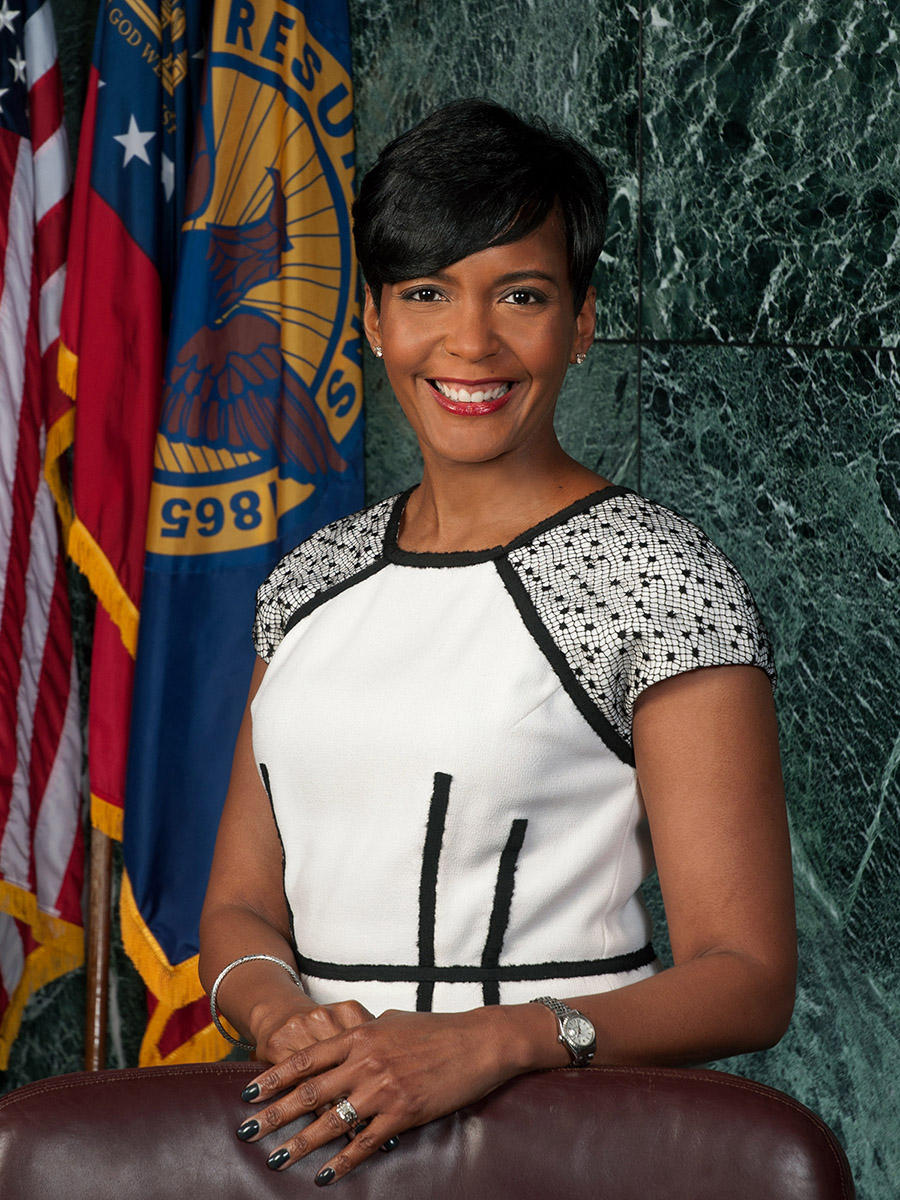 Keisha Lance Bottoms is a lawyer, and politician, and the 60th Mayor of Atlanta, Georgia. Bottoms was born on January 18, 1970, to R&B singer-songwriter Major Lance and Sylvia Robinson, in Atlanta, Georgia. In her youth, the family briefly lived in England, before moving back to Atlanta, into the Collier Heights Community. She attended Frederick Douglass High School, and Florida A&M University (1991-1995), where she studied broadcast journalism, and graduated with her B.A. in communications. She then attended Georgia State University College of Law (1994-1996), where she earned a J.D.

Bottoms opened a private law practice in January 2000 and has maintained it throughout her career. She previously served as a part-time magistrate judge (2008), Vice Chair of the City Council’s Public Safety Committee, and Chair of the Zoning Committee. In 2009, Bottoms was elected to the Atlanta City Council, representing District 11, and was re-elected in 2013. She then worked as Executive Director of the Atlanta-Fulton County Recreation Authority from 2015 to 2017.

Bottoms was sworn in as mayor of Atlanta in January 2018, after defeating fellow city council member, Mary Norwood, by 800 votes. She is only the second woman to hold the position. Since election, Bottoms has been responsible for establishing the city’s first fully-staffed office of Equality, Diversity, and Inclusion, the citywide elimination of cash bail bonds, the closure of the Atlantic City Detention Center to ICE detainees. She also lowered the nightly prisoner count in the city jail from 800 to 60. Bottoms established the roll-out of Atlanta’s Open Checkbook, the city’s financial transparency platform. She also appointed an LGBTQ Affairs Coordinator and a Human Trafficking Fellow. In June of 2019, Bottoms endorsed Joe Biden for President of the United States, and Biden later said that Bottoms would be a good pick for Vice President.

Bottoms is a member of the Atlanta chapter of Jack and Jill of America, the State Bar of Atlanta, the Dogwood chapter of The Links, Inc., Delta Sigma Theta Sorority, Inc. She was a board member of Families First, a non-profit that helps youth and families build successful futures through adoption and mental health services.

In October 1994, she married Derek W. Bottoms, an attorney and current vice-president of employment practices at Home Depot. The couple live in Southwest Atlanta with their four adopted children–Lance, Langston, Lennox, Lincoln–and their dogs, Ace and Zeus.

The city of Atlanta has been in a state of unrest since the May 25, 2020 murder of George Floyd in Minneapolis, Minnesota, and the June 12th shooting of Rayshard Brooks, in Atlanta, who was killed by police officers in a local Wendy’s drive-thru. On July 6, 2020, Bottoms revealed that she tested positive for COVID-19.