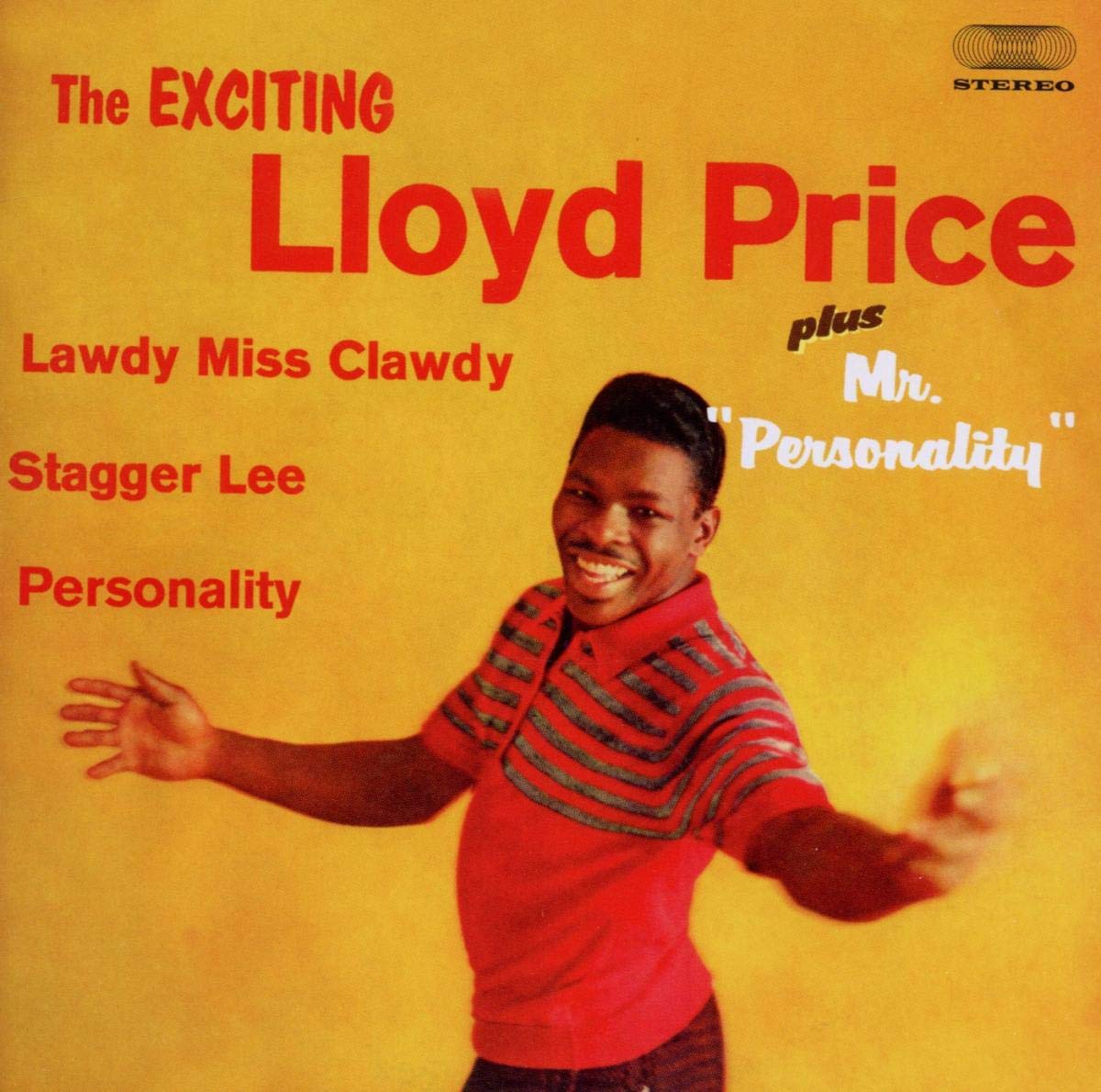 Composer, Lyricist, and Rhythm & Blues Singer, Lloyd Price, was born on March 9, 1933, in Kenner, Louisiana, to Louis Price and Beatrice Price, entrepreneurs who owned a restaurant. There were 12 children in the home where Price played the trumpet and piano at an early age. He attended Shrewsbury Elementary and High School in Kenner but left in 1949 before graduating. During his teenage years, Price was a member of a church’s choir but was always fond of creating secular music. He and his brother formed a band and performed for three years. In 1952 when Price was 19 years old, he composed his first hit, “Lawdy Miss Clawdy” which reached it No 1 on the Rhythm and Blues (R&B) charts.

Price was drafted into the United States Army in 1954 and assigned to the Special Services Branch, where he was in charge of music activities for troop entertainment in South Korea. After his honorable discharge in 1956, he returned to Kenner where he created Kent Records which produced his hit, “Just Because” in 1957. When Kent folder shortly after its release, Price signed a recording contract with ABC-Paramount in 1958 where he produced “Stagger Lee,” which rose to No 1 on the pop and R&B charts.  He followed with the 1959 hit, “Personality” which became his biggest hit, selling more than one million records.

Price was a stellar performer but he also had a burning desire to become a music entrepreneur. In 1962 he cut ties with Paramount and created Double-L which prepared local musicians for opportunities in nightclubs and parties. He also successfully produced the younger R&B singer Wilson Pickett on that label, recording “It’s Too Late” in 1963.

Lloyd Price was married to Jacqueline Battle Price. They had three daughters Lori, D’Juana, and December, and two sons, Lloyd Jr. and Paris.

Price never hit the charts in the 1960s and by the 1970s he opened a restaurant and nightclub called Turntable on Broadway in New York City.  Later in the decade he became a property developer building more than 40 houses in Bronx, New York.  By 1983 he had two construction companies in Lagos, Nigeria that also built homes.

While continuing to work in property development, he did return to touring.  In 1993, he toured Europe with a group of R&B musicians that included Little Richard and Ben E. King.

In 1995, Price received the Rhythm and Blues Foundation Pioneer Award and in 1998, he was inducted into the Rock and Roll Hall of Fame. Three years later, he was placed in the National Black Sports & Entertainment Hall of Fame.