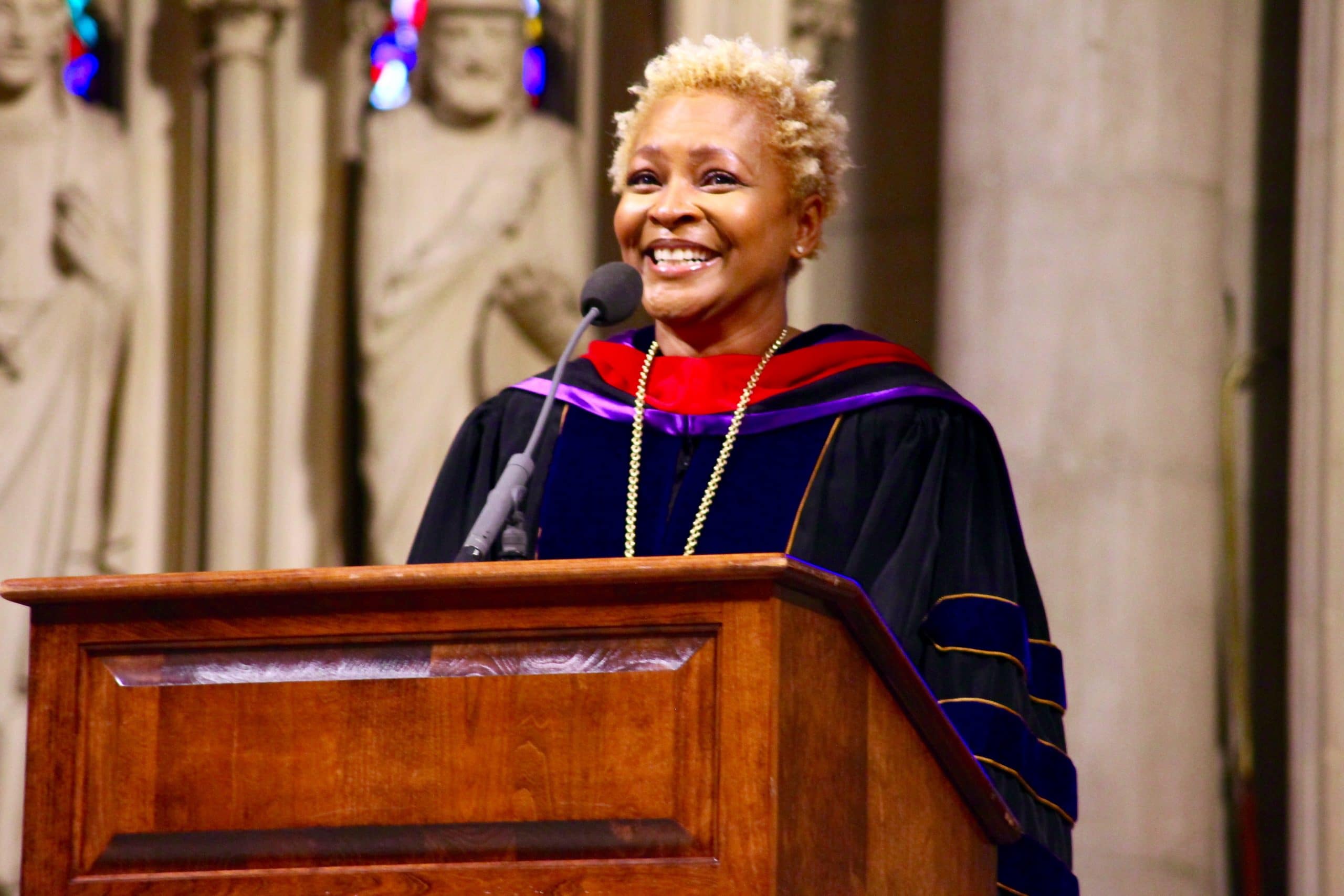 On May 20, 2019, Reverend Lakeesha Walrond, Ph.D., made history when she was appointed President of the New York Theological Seminary (NYTS), founded in 1900 as the Bible Teacher’s College. Walrond is the first woman and first Black woman to serve as president of NYTS, located in New York City, New York. NYTS has prepared women and men for faith-based ministries in New York and the world for over a century.

Walrond was born Lakeesha N. Fonteneaux in Houston, Texas, in 1971. She is a survivor of child abuse which led to her passion for providing empowering resources for children and women. Walrond earned her undergraduate degree from Spelman College in 1993, Master of Arts in Teaching, Master’s Degree in School Administration, and a Doctorate of Philosophy, all from the University of North Carolina at Chapel Hill by May 2005. She subsequently earned a Master of Divinity from Union Theological Seminary in 2014. She then worked in public and charter schools and for the United Church of Christ and Baptist Churches.

Walrond launched the Getting to Greatness Women’s Conference (G2G) in 2013. In 2017, Walrond authored her first of a six-part children’s book series, My Body Is Special: Let’s Talk About It. Her first e-book, Stronger Than Your Worst Pain: A Spiritual Guide to Activating Your Inner Power, was published in 2018. She has lectured internationally in South Africa, Canada, The Bahamas, South Korea, and India.

Walrond now serves as Executive Pastor of First Corinthian Baptist Church (FCBC) in New York City, where her husband, Michael A. Walrond Jr., is Senior Pastor. She also served as Chief of Staff, Executive Director of Ministries, and Executive Director of Church Administration. Walrond has continued to advocate for the presence of FCBC in the community and abroad. In addition to Worship Services, she oversees and promotes mental health programs, yoga, and free co-working spaces for local businesses and professionals. Her responsibilities are significant; the church, under the Walronds, has grown from 300 to over 10,000 congregants.

Walrond is a member of the Board of Directors for The Foundation for Opioid Response Efforts (FORE).

Among her many recognitions are Outstanding Contributions to the Community National Council of Negro Women (2011), Robert Wood Lynn Fellowship Auburn Theological Seminary Shining Star Award for Outstanding Service (2015), and the NAACP Leadership Award (2017). Walrond and her husband, Michael Jr, are the proud parents of Jasmyn and Michael III.