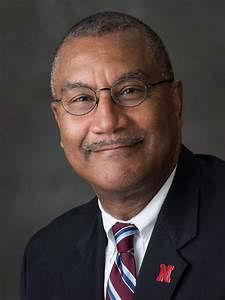 An internationally-recognized chemical physicist, Dr. Joseph Salvadore Francisco, Jr. played an important role in explaining the chemical reactions driving ozone depletion in the earth’s atmosphere. At a time when diminution of the ozone layer threatened to increase humans’ exposure to ultraviolet radiation, Francisco’s research revealed new and significant insights into interactions between the different molecules active in depletion as well as the role played by sunlight in driving this complex process. More recently, Francisco has investigated the atmosphere’s ability to break down pollutants contributing to acid rain.

Born in New Orleans, Louisiana to Lucinda Baker Francisco and Joseph Salvadore Francisco, Sr., Francisco grew up in Beaumont, Texas with his grandparents, Merlin and Sarah Walker. Though neither of his grandparents had an advanced education, they strongly encouraged him to follow his interest in science. Early mentors also included a local pharmacist and a nearby university professor, both of whom supported Francisco’s decision to pursue a college degree.

Francisco earned a B.S. in chemistry with a math minor from the University of Texas, Austin in 1977. Even at the undergraduate level, he was designing complex experiments, including a research project on X-ray crystallography. He attended the Massachusetts Institute of Technology (MIT) which proved a difficult transition, as Francisco was the only African American in the chemistry program. He nonetheless excelled, earning a Ph.D. in chemical physics in 1983. His research at MIT examined the effects of laser light on chemical reactions at the molecular level. This work would prove critical in aiding his later understanding of how energy from the sun interacts with both ozone and ozone depleting substances.

After completing his doctorate, Francisco spent two years (1983–1985) as a Cambridge University research fellow, followed by another postdoctoral fellowship at MIT. Francisco then became an assistant professor of chemistry at Wayne State University in Detroit where he remained for several years. While there he founded the first student chapter of the National Organization for the Professional Advancement of Black Chemists and Chemical Engineers (NOPABCCE). After Guggenheim Fellowship at the California Institute of Technology, Francisco accepted a position as a full professor at Purdue University. He remained there for nearly two decades, becoming the William E. Moore Distinguished Professor of Earth and Atmospheric Sciences and Chemistry in 2005.

Francisco is now the Elmer H. and Ruby M. Cordes Chair in Chemistry and dean of the College of Arts and Sciences at the University of Nebraska-Lincoln. In addition to his positions in the United States, Francisco has held appointments abroad, including serving as a senior visiting fellow in the Institute of Advanced Studies at the University of Bologna and as a Professeur Invité at the Université de Paris.

Throughout his career, Francisco has been a prolific researcher and writer with well over 400 peer-reviewed publications. In 1989, Francisco co-authored a well-regarded textbook, Chemical Kinetics and Dynamics, and served as editor of the atmospheric and ocean science section of Pure and Applied Geophysics. He is the past president (2005-2007) of NOPABCCE and has served on the Board of the Council for Chemical Research and the American Chemical Society. In 2009 he became the second African American to serve as that organization’s president. Purdue University recognized Francisco with its McCoy Award, the highest research award given to a faculty member for significant research contributions. In 2010, President Barack Obama appointed Francisco a member of the President’s Committee on the National Medal of Science for the term 2010-2012.