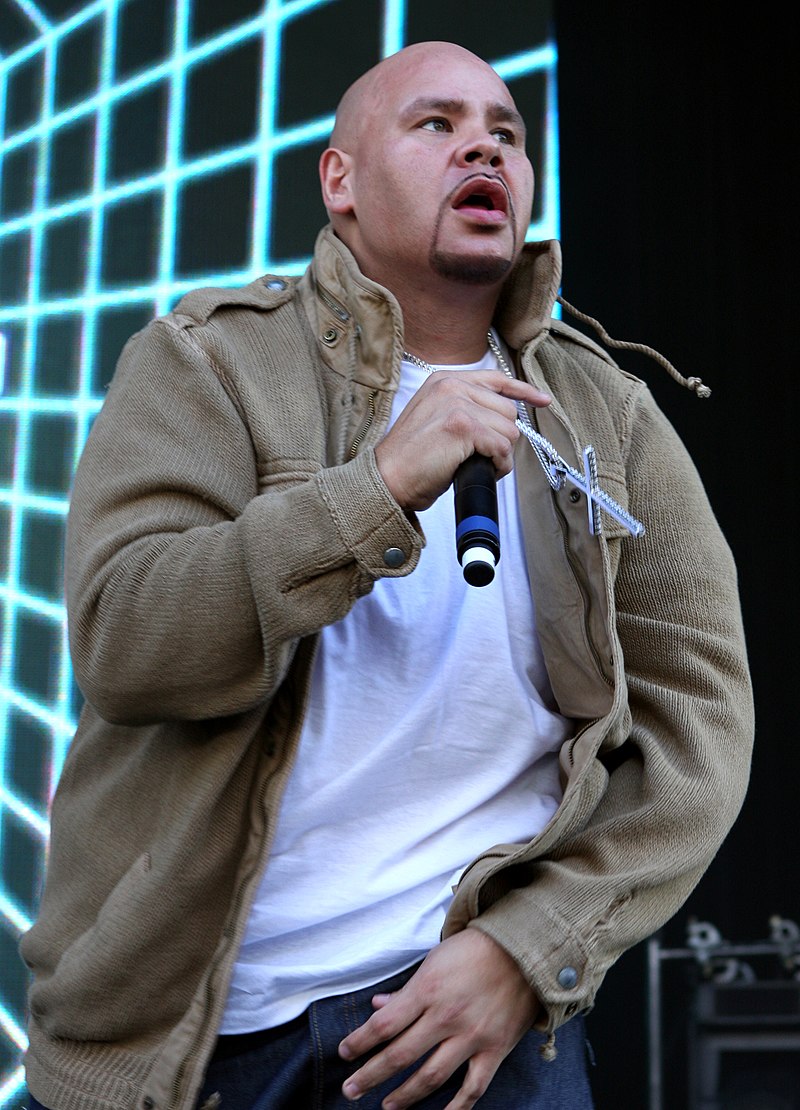 Joseph Antonio “Fat Joe” Cartagena is an American rapper. Cartagena was born on August 19, 1970, to Ernesto Delgado and Marie Cartagena in The Bronx, New York City. He was heavily influenced by the Zulu Nation of South Africa growing up. Cartagena became interested in Hip Hop after his brother Angel introduced it to him.

He would adopt the name Fat Joe da Gangsta and become a member of the Diggin in the Crates Crew (D.I.T.C.). The group D.I.T.C. consists of Cartagena, Robert “Lord Finesse” Hall Jr, Anthony “Buckwild” Best, Omar “O.C.” Credle, Lamount “Big L” Coleman, Joesph “Diamond D” Kirkland, and hip hop duo Showbiz and A.G. In the early 1990s. In 1992 Cartagena signed with Relativity Records and the following year, 1993, he released his debut album, Represent. The album features the single “Flow Joe.” The album peaked at no. 46 on the Billboard Top 200 R&B/Hip Hop Albums but did not sell 500,000 units.

In 1995, Cartagena released his second album, Jealous One’s Envy, which featured the single “Watch Out.” This album debuted at number 7 on the U.S. Top R&B/Hip Hop Albums chart but failed to sell 500,000 units, the standard metric for a “hit” record or album.

Despite Cartagena’s career success, he was involved in a rap feud with fellow New York rapper Curtis “50 Cent” Jackson during the mid-2000s. The two traded insults on rap tracks, including 50 Cent “Peggy Bank” and Cartagena “My FoFo.” In 2012, Cartagena pled guilty to tax evasion for failing to pay his income taxes from 2007 to 2010. A year later, he was sentenced to four months in prison. Cartagena married Lorena Cartagena in 1995 and the couple have three children. He is still active in the entertainment business as of 2022.