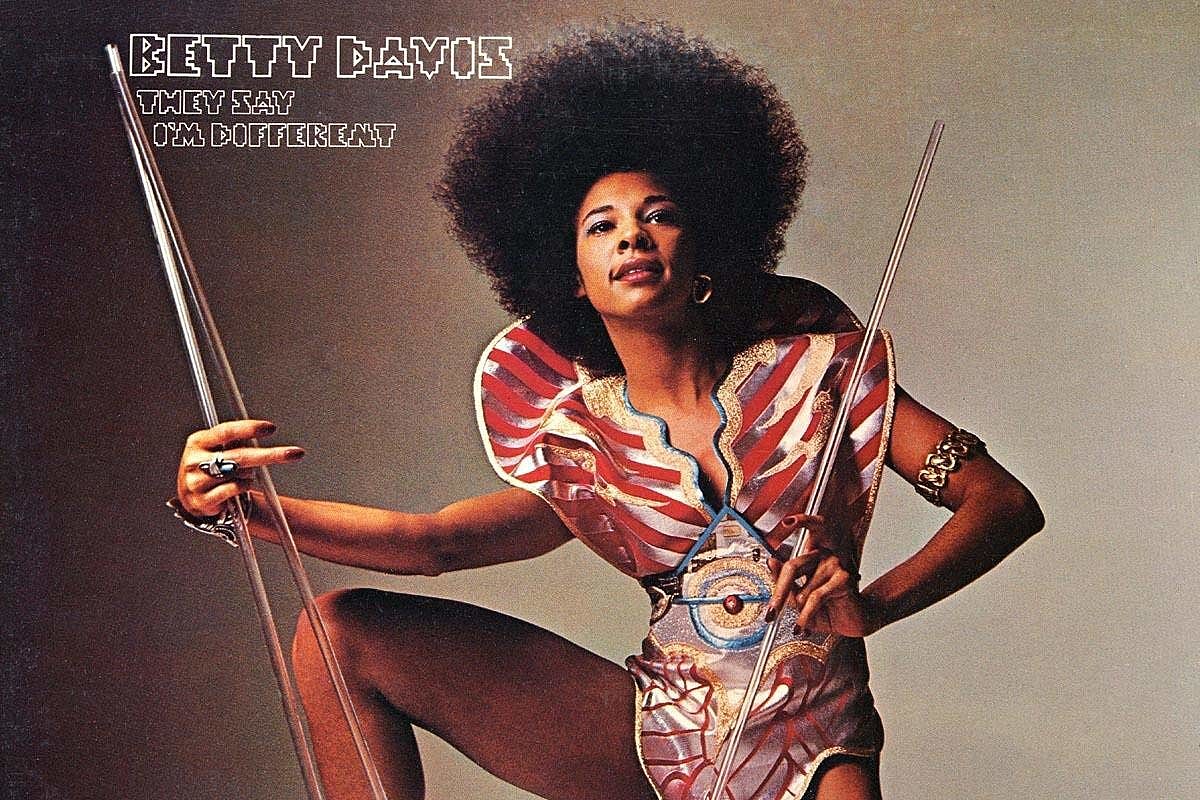 R&B composer, singer, model Betty Mabry Davis, dubbed the Queen of Funk, was born on July 16, 1945, in Durham, North Carolina. However, she was reared in Pittsburgh, Pennsylvania. At 12, she composed the song “I’m Going to Bake That Cake of Love.”

Upon graduating from Pittsburgh’s Westinghouse High School in 1962 at 17, Davis who wanted a career in fashion and design, went to New York City where she enrolled in the Fashion Institute of Technology. While there, she worked as a runway model for Ebony, Glamour, and Seventeen magazines and traveled to London, England to model.

In 1964, Davis released the single “Get Ready for Betty.” Four years later on September 8, 1968, she married the legendary jazz trumpeter, Miles Davis. The short-lived union ended in 1969 as Miles claimed she was immature. Betty, however is credited with introducing Miles to psychedelic rock and in the process transformed his jazz musical style into jazz fusion.

In 1973, Betty Davis assembled the Funk House band and released her first album, Betty Davis, through Just Sunshine Records. It did not chart. However, the single “If I’m in Luck I Might Get Picked Up” peaked at no. 66 on the R&B chart later that year. The following year, 1974, she released the album, They Say I’m Different followed by Nasty Gal in 1975. That year, her single song “Shut Off the Lights” peaked at no. 97 on the R&B chart. While the music on these albums was theoretically and philosophically sophisticated, it did not resonate with pop and R&B audiences and was not financially rewarding to her. Also, mainstream radio stations were reluctant to spin her most musically radical recordings.

Nonetheless her work got the attention of music critics and an international audience. In 1976, Davis performed at the Festival Jazz-Rock at the Circuit Paul Ricard, in the Provence-Alpes-Côte d’Azur, France.

Davis took a 19-year break from recording although she continued to tour. Finally, the albums Hangin’ out in Hollywood on Charly Records and Crashin’ from Passion through Razor & Tie Records were released by Davis in 1995 and 1996, respectively.

In 2000 Davis released the collection Anti Love: The Best of Betty Davis. Seven years later in 2007, Davis’ album They Say I’m Different was reissued by Light in the Attic Records, and two years later, in 2009, 24 years after its initial release, Nasty Gal was reissued and reached no. 54 on the U.S. R&B chart and no. 96 in Australia. Is It Love or Desire? was reissued through Light in the Attic Records that year as well indicating that Davis was developing a new generation of fans. Davis’ last recorded composition, the single, “A Little Bit Hot Tonight” was released in 2019.

Betty Mabry Davis died of natural causes on February 9, 2022, in Homestead, Pennsylvania. She was 77. She leaves an artistic legacy of liberation that would be emulated by contemporary artists like Megan Thee Stallion and Cardi B.

Caitlyn Becker, “Betty Davis dead at 77: Queen of Funk and second wife of Miles Davis passes away from natural causes,” https://www.dailymail.co.uk/tvshowbiz/article-10495143/amp/Betty-Davis-dead-77-Queen-Funk-second-wife-Miles-Davis-passes-away-natural-causes.html; Daniel Kreps, “Betty Davis, Trailblazing Queen of Funk, Dead at 77,” https://www.rollingstone.com/music/music-news/betty-davis-dead-obit-1297372/; Keith L. Alexander, “I didn’t just fade off the planet.’ Reconnecting with ’70s funk queen Betty Davis–called the queen of funk in the ’70s. She disappeared for over 40 years,” https://www.washingtonpost.com/entertainment/music/after-40-years-betty-davis-70s-queen-of-funk-and-wife-of-miles-is-rediscovered/2018/09/11/a878104a-b486-11e8-a2c5-3187f427e253_story.html.