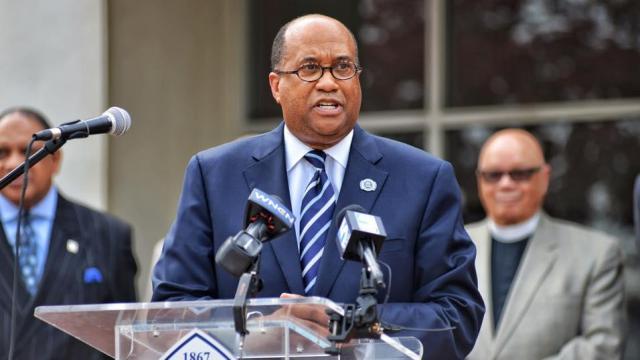 In 1989, Ward became the first African American to serve as executive director of the North Carolina Democratic Party. From 2009 to 2011, he was chairman of the Board of Trustees of Saint Augustine’s University. On September 15, 2011, his wife Cassandra DeValle Lloyd Ward died of breast cancer. There were no children.

Ward earned the Doctor of Philosophy degree from North Carolina Agricultural and Technical State University School of Education in Greensboro in 2013 and was appointed interim president the following year, in 2014. During that brief period, he concentrated on academic disciplines of Mass Communication and Journalism, Criminal Justice, Public Health and Science, Technology, Engineering, and Mathematics (STEM). One year later, in 2015, Ward was installed as the 11th President of Saint Augustine’s University. He was the 3rd alumnus of the University to serve as its president in its 151-year history.

While on NewsOne Now, a televised African American morning news show hosted by Roland Martin in 2015, Ward challenged the Divine Nine that comprises all Black fraternities and sororities to become more involved in social activism and more active in financially supporting HBCUs. Following the Colin Kaepernick protest in 2016, Ward became one of the first public figures to call on the National Football League (NFL) to end its requirement that players stand during the national anthem. He said the policy prevents the players from raising awareness regarding police brutality, hate crimes, and hateful rhetoric.

In 2016, Ward was elected as the 35th General President of Alpha Phi Alpha Fraternity, Inc., of which he is a life member. He also became a superdelegate to the Democratic National Convention from North Carolina.